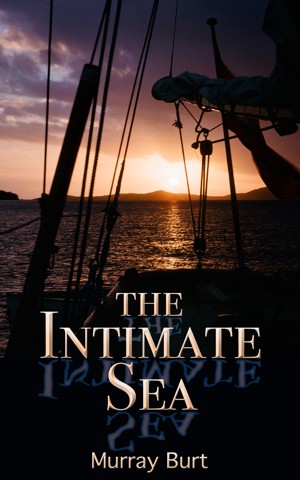 Murray Burt, 78, is a compulsive writer having retired as a newspaper editor and writer for 40 years. He started as a journalism cadet in New Zealand, moved to a job on Fleet Street, and before shipping to Canada in sailboats via the Mediterranean and a trans-Atlantic sloop delivery to West Indies, fore-decking and charter boat skippering.
When he was hired at The Globe and Mail in 1967, friends he had sailed with in the Virgin Islands (where he was wrecked for 13 days) regularly pressed him to crew for them. Ultimately, though city editor, he was leaned on to become the paper’s specialty sailing writer.
In 1980 he was posted as managing editor to the Winnipeg Free Press.
Since leaving newspapers he has written Winnipeg’s Ladies from Hell a centenary history of The Queen’s Own Highlanders of Canada; The Intimate Sea. a sailing upstairs-downstairs novel of upper class cruising in the Med; plus a personal account of his coral reef wrecking and two books of poems (one light-hearted on “wicked” children. the other on romantic Commonwealth islands). Both are awaiting a publisher’s blessing.

You have subscribed to alerts for Murray Burt.

You have been added to Murray Burt's favorite list.

You can also sign-up to receive email notifications whenever Murray Burt releases a new book.