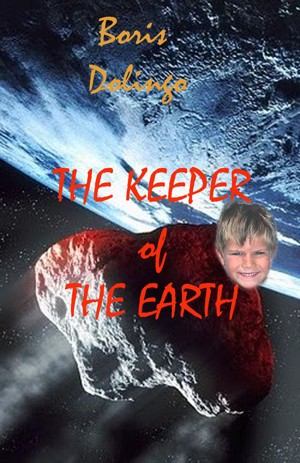 The Keeper of The Earth

By Boris Dolingo
Could it be any connection between the sudden disease of a young boy and an asteroid approaches the Earth? Sometime could – if the boy is… the keeper of the Earth.

Boris Anatoly Dolingo
Born on the 3rd December 1955 in Kokand (Uzbekistan, USSR)
Since 1975 lives in Yekaterinburg (Sverdlovsk), Russia.
Education: – the Urals State University, Sverdlovsk (1979) physics department.
– the Public University of Press, Sverdlovsk (1984-85);
Since 2002 – the Chairman of the “Aelita” convention’s organizing committee (the oldest Russian Sci-Fi & Fantasy Convention).
Since 2007 – the editor of Sci-Fi & Fantasy department in the “Urals Pathfinder” magazine
First publication – 1990 (short story “Variants are possible”).
Since 2011 – the Chief Editor of the Electronic Publishing House “Aelita”.
Member of the Russian Writers’ Union since 2004.

Novels: “Runaways”
“To Understand the Eternity”
“Point-G-L”
Cycles: “The Wanderer on the Facets”
(“The Wanderer Against His Will”, “The Fugitive Against His Will”,
“Round Facets of the Earth”),
“The Babylon Game”
(“Games of the Third Kind”, “Creators of Pandemonium”,
“The Entrance to Babylon”, “Gardens of Babylon”)

You have subscribed to alerts for Boris Dolingo.

You have been added to Boris Dolingo's favorite list.

You can also sign-up to receive email notifications whenever Boris Dolingo releases a new book.