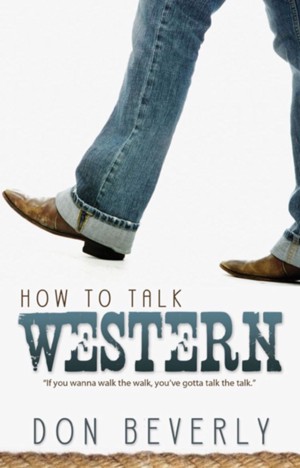 How to Talk Western

Don Beverly grew up on the shores of Lake Okeechobee in Palm Beach County, Florida, graduated from Vanderbilt University and the University of Florida Law School, beginning his career in Miami as a trial lawyer. He ultimately moved to West Palm Beach where he practices today, according to him, "as little as possible", while he pursues his lifelong love of writing, particularly about his own life experiences, which are numerous. Beverly, known to his beloved wife, Molly, and his many friends simply as "DB", has achieved national prominence as a lawyer, has over five thousand hours as a pilot, has won a multitude of state and national cutting horse championships, enjoys skiing when at his home in Fairplay, Colorado, and operating his high-performance airboat in the Florida Everglades. During this multi-faceted career Beverly has written many articles about his interests as well as academic subjects, including successive editions of his legal treatise, Florida Trial Evidence. He has also served as a Director on the Boards of Chris Craft, Inc., the National Cutting Horse Association, Kirkwood Ski Resort, Inc., the Academy of Florida Trial Lawyers, the trial section of The Florida Bar, and as frequent Chair of the Professional Ethics Committee of The Florida Bar. Beverly was named South Florida's "Best Lawyer'' in the January, 1992, issue of Palm Beach Life.

In his Jake McCall Adventure Series, Don Beverly calls upon his vast personal reservoir of knowledge and experience to take a shot at the bureaucratic shenanigans which have irreparably wounded his beloved Everglades while weaving incredibly well-researched but exciting tales populated by colorful and credible characters against the backdrop of an astounding wetlands geography and environment seldom seen by humans. Beverly’s books easily earn the description "page turner", but at the same time, not always so subtly, communicate messages of national consciousness not to be disregarded. 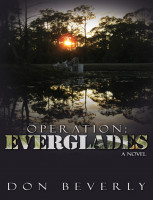 You have subscribed to alerts for Don Beverly.

You have been added to Don Beverly's favorite list.

You can also sign-up to receive email notifications whenever Don Beverly releases a new book.