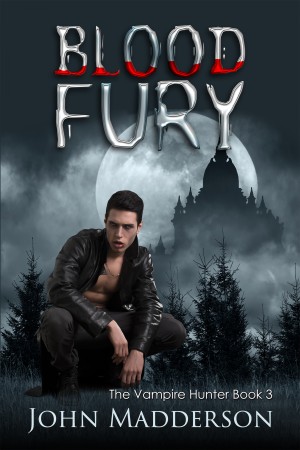 Hi.
My name is John Madderson and I love writing horror.
I was born in the small industrial seaside town of Blyth Northumberland. In 1964 I joined the Army and enlisted into the Royal Northumberland Fusiliers where in 1966 I met my wife Sylvia while on leave from Germany en-route to Aden and active service. On returning to England Sylvia and I were married and in 1968 we were blessed with our son Lee Raymond. In 1977 I left the army and went into self-employment for a great number of years. I have had a full life but now nearing my retirement I have taken up writing and dedicate my time into bringing back the original saga of Dracula and the blood craved beast he was created to be (with a slight twist.)
My books, under the sub-title “The Vampire Hunter,” are a series of four books each depicting a separate time in the past, present and future. The two main characters the villain Alucard, and the hero Joseph Beck, are locked in an eternal battle from which there can be but one survivor.
Enjoy
John Madderson.

Also in Series: THE VAMPIRE

You have subscribed to alerts for John Madderson.

You have been added to John Madderson's favorite list.

You can also sign-up to receive email notifications whenever John Madderson releases a new book.