By Beatrice McClearn
This short guide gives potential authors the tools they need to know before and after they publish a book. Sometimes the most frequently asked questions go unanswered (i.e. What are the pros and cons of self-publishing). Rest assured this guide will help walk you through the process.

BIO:
Beatrice McClearn (born 16 November 1982, in Washington, D.C.) is an American author of a book and dozens of short stories and literary fiction. Although she started writing short stories at the age of 9, McClearn became known for her poetry by her middle school classmates (who often asked her to write poetry on their behalf).

McClearn stopped writing poetry in 2001 and experimented with the idea of posting blogs on social networking sites like BlackPlanet and MySpace. The feedback she received from her close friends and family inspired her to take her writing to the next level.

Shortly after her marriage in 2006 McClearn started writing Diaries of an Emotional Prostitute under the alias Young Akilah. The first entry was written as she listened to Jill Scott sing her song, Cross My Mind. During that time she also worked as an 8th grade Reading/Language Arts teacher for Prince George’s County Public Schools, where she found the time to write during her planning periods. In 2006 McClearn sought the advice of a Canadian editor, a former literary agent, who suggested the manuscript undergo drastic rewrites. Before long, McClearn decided to take a break; but by mid 2008 McClearn filed for divorce and decided it was time to revisit her editor’s suggestions.

While rewriting her novel, McClearn worked as a consultant for companies like Premier Social Management, Examiner.com, and Butterfly Effects Soy Candles. In addition, McClearn published a variety of short stories that touched on sexuality, self-esteem, and society for blogs entitled MindPlay, Confessions of a Fat Girl, and Road to Recovery. In late 2010 McClearn dropped her alias and published Diaries of an Emotional Prostitute under Sixth Sense Publishing.

By early 2011 McClearn joined forces with her best friend, Journei, to tape Uncover2Discover, a series of programs that engaged their audience in what they called “girl talk.” The broadcast was exclusive to Youtube and ended by summer. 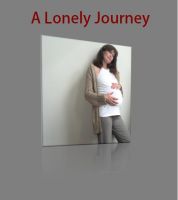 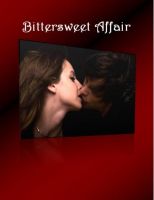 You have subscribed to alerts for Beatrice McClearn.

You have been added to Beatrice McClearn's favorite list.

You can also sign-up to receive email notifications whenever Beatrice McClearn releases a new book.