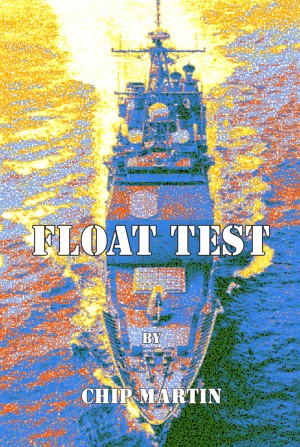 1980. US warships cruise to and from battle-station off the coast of Iran. On one, a Lieutenant JG tries to come to grips with his free/unfree status following a failed marriage. On another, a civilian professor tries to maintain moral equi­lib­ri­um between ethnic rivals, officers and men, chaplains and irreligious types in this hermetically-sealed, yet representative microcosm of America.

Chip Martin was born in Philadelphia, grew up in California and moved to London in the early 1970s. He has taught English in the U.S. Navy, writing at Harvard and literature at universities in Poland. As Stoddard Martin, he has been a journalist and the author of several academic studies, including 'California Writers' and 'The Great Expatriate Writers'. His sequences of novellas 'A School of London' and 'A Revolution of the Sun' are published by Starhaven.

You have subscribed to alerts for Chip Martin.

You have been added to Chip Martin's favorite list.

You can also sign-up to receive email notifications whenever Chip Martin releases a new book.