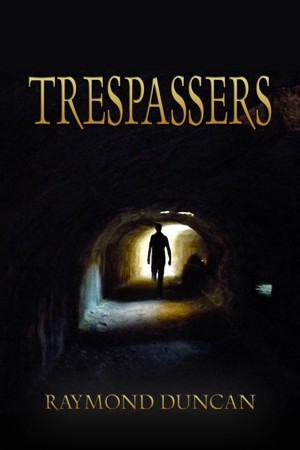 By Raymond Duncan
The C.I.A is tasked to investigate an escalating national security threat on the Mexican border. They recruit Neal McGrath, a Georgetown University professor and former Special Forces officer with contacts in Mexico, to help. While in Mexico City, McGrath uncovers a deadly international conspiracy that puts American lives and his own in grave danger. More
With the US economy once again booming, Mexicans are crossing the U.S. border illegally in alarming numbers—at a time when terrorist acts are taking place at the boundary line. Protest marches in Phoenix over a “Stolen Southwest” only aggravate what has become an explosive situation. The C.I.A, tasked to investigate this escalating national security threat, recruits Professor Neal McGrath to help. McGrath, a former Special Forces officer who has worked previously with Langley, has valuable contacts in Mexico City. To add to the tension, the beautiful C.I.A operative, Elena Rodríguez, with whom McGrath shares a romantic and dangerous past, is assigned to work with him. Together they unearth a deadly international conspiracy that puts their lives in danger at every turn.

Raymond Duncan dropped out of college at 19, hitchhiked from Riverside, California, to NYC, and boarded a ship for Europe. This adventure crystallized his interest in world politics, and he returned to the University of California, Riverside, to earn a BA in Political Science. Drafted out of graduate school, the U.S. Army trained him in counter-intelligence and sent him to Stuttgart, Germany. Not a bad thing, because in Paris he met his future wife. With a Ph.D. in International Relations from the Fletcher School of Law and Diplomacy, he taught at Boston University, the Naval War College in Newport, RI and SUNY-College at Brockport—and was a Scholar-in-Residence at the C.I.A. His many non-fiction publications include books and articles on the former Soviet Union, Third World, Latin America, Cuba and Mexico. His novels draw from true events, on-site research and extensive interviews. When not writing, he engages in community service and local politics.

You have subscribed to alerts for Raymond Duncan.

You have been added to Raymond Duncan's favorite list.

You can also sign-up to receive email notifications whenever Raymond Duncan releases a new book.