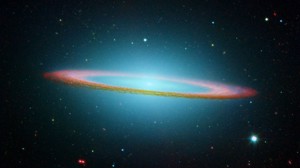 David A Williams
As a young man I was always interested in stories. I have a love affair with films and have had ever since I can remember. At school I was always reading movie books and reading about the films of yesteryear; while at the same time I kept up with the current movies being released,
In 1975 I bought a movie camera and almost immediately started writing stories that we could make into little films for the family. The same year I read my first murder mystery and was hooked on that type of story.
In my working life I was a painter for almost 22 years and have worked on a paint counter at Bunnings selling paint for seven years now. I worked in other positions too which has brought me into contact with a wide range of different people from different cultures.
In 1991 we went overseas, so my wife could visit her birthplace and meet relatives from the former east, who were once trapped in communist countries. We visited many countries and wrote our first novel back in 1996. It was called ‘Girl From Nowhere’, a romance comedy. We incorporated a lot of experiences we really went through in real life into this book. We were very proud of it and still are. It has never been published but it was good practice for writing our next book, a murder mystery. We are currently working on another book featuring the same detective.
When we lived in Victoria my wife and I used to write film reviews for a weekly paper called The Moyne Gazette. After that I wrote small articles for the monthly Bunnings newsletter. I would write about movies that I had seen recently and sometimes I would write Star Bio’s and stories about well know actors. I was particularly proud of an article I did that I called ‘The history of colour film’.
I started writing Star Yawns as a joke on my sister in law who is a Trekkie and loves all things Star Trek. When I started the first one I would be writing two pages on a mobile phone sms every week. The only thing was that her others sisters got interested so I typed it onto my computer. After a while everybody, (including my wife) was asking when I would write a second installment. Since then I have written a third story and have just finished work on a fourth story. It is now a continuing saga. I find it a lot of fun.
I am now in my fifties and look after my wife as a carer, who is chronically ill. I like to write in my spare time. 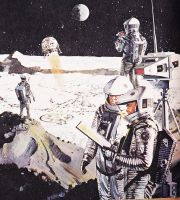 You have subscribed to alerts for David Williams.

You have been added to David Williams's favorite list.

You can also sign-up to receive email notifications whenever David Williams releases a new book.