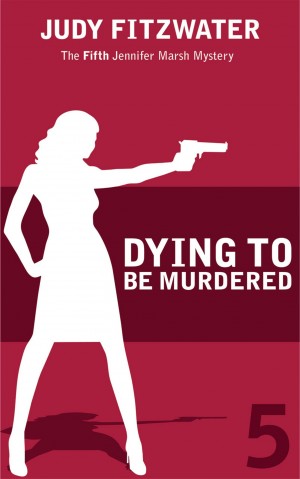 Dying to be Murdered

Mary Ashton is convinced someone is going to murder her, and that there’s nothing she can do to stop it. But what she can do is hire unpublished mystery writer Jennifer Marsh to record her final days, so her killer won’t get away with it. Mary may seem a little loony, but she’s one of Macon’s leading socialites, or at least she was until the competency hearing. And she’s offering Jennifer $1,000 a week to stay in her home, the historic Ashton mansion, reputed to be haunted by a Civil War heroine. The money’s too good to turn down, especially for a starving writer, so Jennifer agrees. And what’s the harm? Why would anyone want Mary Ashton dead? But the first night at the mansion, Jennifer’s awakened by blood curdling screams coming from Mary’s room, which is directly beneath her own. Trapped in her room, Jennifer is helpless. When she finally escapes, she finds a blood-soaked bed straight out of a horror movie but no sign of Mary’s body. Old family secrets and grudges, mysterious deaths, and ghostly lights that move about the mansion lead to a mystery fraught with danger and intrigue.

Jennifer’s writers’ group offers their usual comic relief as they continue their journey toward getting published. Jennifer’s sarcastic reporter boyfriend Sam is there to lend his assistance as well. And, of course, so is her greyhound Muffy.

“I was drawn in at the first page, and it was hard to put down once I started….This is a series worth discovering from the beginning.” Mystery News

“…this is the book in which Judy Fitzwater has totally found her rhythm….I loved Dying to Be Murdered and wish I had the next one already!” Mystery Book Reviews

“I was completely captivated…Dying to be Murdered is funny, entertaining and enjoyable. However, it is also compelling, suspenseful and thought provoking. The plot is a choreographed puzzle and it is up to Marsh to fit the pieces together, or risk becoming a victim.” The Charlotte Austin Review Ltd.

“If you’ve missed your Nancy Drew books, this is the next best thing, in an adult package. And looking very, very good.” The Book Report, Inc.

“Chapter 9, with the writers in a periodic sit-around, is true to life, sympathetic and I’m-still-smiling funny.” The Baltimore Sun

“…a thoroughly enjoyable mystery…Ms. Fitzwater’s lighthearted, fine-paced writing style lets the reader enjoy the resolution of the mystery and maintains suspense until the end. I, for one, will enjoy reading her other books.” Murder on Miami Beach

“A touch of poignancy and a surprise ending add spice to Dying to Be Murdered.” Romantic Times

“…one heck of a mystery tale.” Mystery Lovers Bookshop 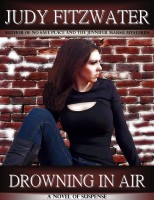