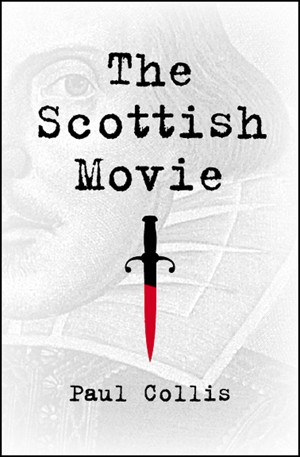 By Paul Collis
Rated 5.00/5 based on 1 review
Harry Greenville, a part-time writer living in modern Los Angeles, writes a novel about Shakespeare's 'Macbeth', and the cause of its unlucky reputation.
He posts the first draft on a website where it's discovered by Hollywood — but not in a good way.
The result: life mirrors art in an entertaining tale of revenge.
(Positive reviews at Goodreads.com, etc. BRAG Medallion.) More
A Book Readers Appreciation Group Medallion™ Honoree.

Harry Greenville, a young actor and part-time writer struggling to make a living in modern Los Angeles, writes a novel about Shakespeare.

‘It’s 1606 and The Bard needs a new play for King James, who is notoriously hard to please. As history tells us, he comes up with 'Macbeth'. But the rehearsals are dogged by illnesses and accidents, the royal premiere gets the royal thumbs down, and the actors consider the play to be more than unlucky; they believe it’s cursed. The question is: Why?’

Harry’s novel offers an intriguing answer; Shakespeare stole it, and the real author sabotaged the production. He posts the first draft on a website in the hope that a Hollywood agent will discover it. Eventually, when someone in the movie business does discover it, life mirrors art; they steal it.

With the help of his girlfriend and a few under-employed pals, Harry sets out to find the culprit. The trail leads him to the core of the mighty Galactic Studios, where his decision to act like the vengeful character in his purloined novel evolves into a truly Shakespearean study of theft, revenge and just desserts.
Available ebook formats: epub mobi pdf rtf lrf pdb txt html
First 20% Sample: epub mobi (Kindle) lrf more Online Reader
pdb
Price: $2.99 USD
Buy Add to Library Give as a Gift
How gifting works
Create Widget
Tags: hollywood revenge shakespeare movies macbeth authorship plagiarism
About Paul Collis

Born in Greater London.
Art school in the seventies.
The next few decades spent at ad agencies creating TV commercials in London, Milan, New York and San Francisco.
Some fishing here, some photography there.
Now thinking about the next project...

Reviews of The Scottish Movie by Paul Collis

This review is a combined effort between a couple of readers, who've stolen ideas from each other in keeping with the spirit of the book. In fact, it has been copied and pasted in its entirety from PJ O'Brien's review from GR:
https://www.goodreads.com/review/show/932189127

The Scottish Movie opens as historical fiction set in London just after the death of Queen Elizabeth I. James VI of Scotland has become King James I of the union of the kingdoms, and he's paranoid about conspiracies and rebellions. The notorious Guy Fawkes plot has been discovered and those involved savagely executed. But the king's paranoia has increased and has become quite contagious.

The theatre world is as uneasy as everyone else. No one wants to do anything to cause suspicion or offense. The famous Shakespeare hasn't come up with a new play and everyone is waiting. Expectations are high and creditors are increasingly impatient.

Meanwhile, an aspiring writer has an entire play churning in his head, but only partially written. He’s a printer’s assistant and writes only when he isn’t working and has enough light. He describes his play to friends in a tavern and happens to be overheard by Shakespeare. Shakespeare takes the plot, reworks it slightly, and sets it in Scotland to please the king. He uses historical figures of centuries past, Macbeth, Duncan, and others, to carry out the action of the pilfered plot, making sure that any that King James might have descended from are cast more positively than they might actually have been in real life. This means that Macbeth, who opposed them, must be cast as a villain.

Shakespeare has his Macbeth in production before Henry, the original author, can finish his version. Henry tries in vain to convince everyone that the ideas were his, and when he cannot, he devotes himself to sabotaging the play and giving it the reputation of being cursed.

This, in a nutshell, is The Scottish Movie. As you might guess, the ideas in the screenplay that Harry is writing about Shakespeare’s MacBeth are stolen and worked into a movie before Harry has a chance to finish it. Since he can’t stop the production, he follows his character’s lead in trying to make the movie a disaster.

I'm going to assume that author Paul Collis didn't steal the idea for this book from someone else and publish it preemptively. I’m also going to assume that MacBeth himself hadn’t stolen a tale to start the whole thing off, but those inclined to think in Gödel, Escher, Bach: An Eternal Golden Braid kinds of infinite spirals might have fun pondering it. In any case, it was a fun read. There were some antics and occasional sabotaging acts that strained plausibility or a sense of fair play, particularly where innocent bystanders were concerned. But to steal a line from Shakespeare (or whomever he might have stolen it from), all’s well that ends well.

I generally respect Smashwords' policy of paying for a book even if reading a copy that a friend has already paid for. In this case however, it seemed fitting not to. Since the friend had ideas for a review, but hadn’t quite gotten around to it, I’ve taken a few of them – in the spirit of this book – and am writing this review and posting it before she can do it herself. (That part was my idea, but she did think it was funny when I told her that I was thinking of it. Since it's with her approval, I'm assuming there will be no curses and sabotage of The Scottish Movie Book Review. Unless, of course, Mr. Collis does it for being cheated out of his royalties.)

And that's the end of the review that I've stolen from PJ O'Brien who stole ideas from me first (but all in good fun).

You have subscribed to alerts for Paul Collis.

You have been added to Paul Collis's favorite list.

You can also sign-up to receive email notifications whenever Paul Collis releases a new book.