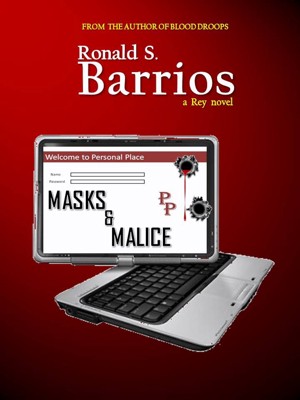 By Ronald S. Barrios
What starts off as an investigation into a teen girl's boyfriend ends in murder, drug dealing and an elaborate plan involving a social networking site called Personal Place. Rey must find out who is who before someone ele dies... More
When Rey is hired by Pam Lorado to find out about her fourteen year old daughter's boyfriend, Carter, he learns that the kid is a drug dealer. But that takes a backseat when Carter is found murdered in his own car. Then Pam's ex husband Peter, who would rather be a friend to his daughter than a parent, is gunned down in front of Rey's office. Both Carter and Peter have a connection to another drug dealer named Seth who is crazy enough to kill a kid.
Someone is pulling the strings and now Pam and her daughter are in real danger and Rey can make heads nor tails of what is going on. The case is like an onion and every layer he removes just adds to the mystery.
The only solid connection is a social website called Personal Place where everyone involved seems to have met. Unfortunately online you never really know who you're talking to because everyone is wearing a virtual mask...

Ronald S. Barrios was born and raised in Oakland California. He wanted to be a writer as far back as he could remember and began writing short stories when he was about seven years old, and all of them were mystery. He always had a character in mind who was a Private Investigator but never had a name for him.

Growing up in the 80's Ronald was there at the start of the Hip-Hop movement and like most other kids in Oakland, and across the country, quickly became a part of it. Yes he is a hip hop head to this day. He dabbled in graffiti, but wasn't very good at it, and took on the name of Rey. This became his alter ego and everyone from his friends to his family began calling him Rey. Ronald put writing aside for many years. When the urge to write came back up it was at that point he realized he now had a name for the character that had followed him around for so many years and begged to be written about. His name was *drum roll* 'Rey'.

Ronald always wanted to write books the way he envisioned them, without having to compromise, so Rey Books was born.

He calls his talent a God thing because where else could it have come from. Ronald takes no credit because he is just a vessel.

For more info on Ronald and new projects visit www.reybooks.com 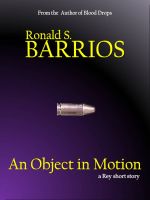 You have subscribed to alerts for Ronald S. Barrios.

You have been added to Ronald S. Barrios's favorite list.

You can also sign-up to receive email notifications whenever Ronald S. Barrios releases a new book.