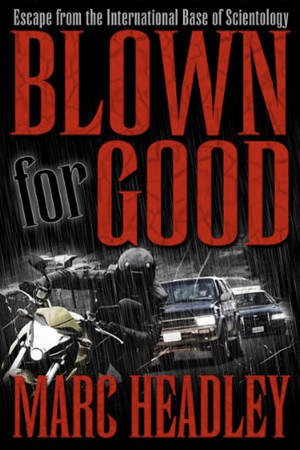 Blown For Good: Behind the Iron Curtain of Scientology

Marc worked at Scientology’s secret desert compound, which houses all Scientology management, for 15 years. The 500 acre property is located deep in the California desert. The local townspeople were told lectures and films were made there. But is that all that was happening? It is the location of a multi-million dollar home for L. Ron Hubbard, built two decades after his death. It is the home of Scientology’s current leader, David Miscavige. So what really happens at the Int Base? Are the stories on the internet true? How does Scientology conduct management of its day to day operations? Could stories of armed guards, weapons, staff beatings, and razor wire fences be true? If so, how could a facility like this exist in modern day America? Hundreds of staff tried to escape over the years. Some succeeded but were never seen or heard of again, most failed. Why were people kept here? What really went on at the headquarters of Scientology? This is the story of what happened behind the Iron Curtain of Scientology.

Reviews of Blown For Good: Behind the Iron Curtain of Scientology by Marc Headley

You have subscribed to alerts for Marc Headley.

You have been added to Marc Headley's favorite list.

You can also sign-up to receive email notifications whenever Marc Headley releases a new book.