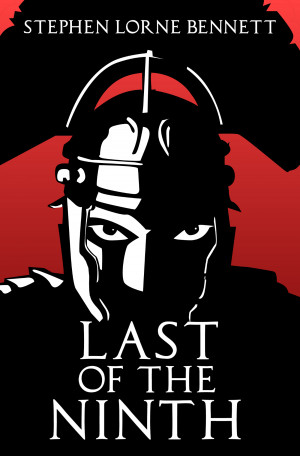 Last of the Ninth

Stephen Bennett is a writer, scholar and former diplomat. He resides in Ottawa, Canada.

Reviews of Last of the Ninth by Stephen Lorne Bennett

This is a jolly good read. A bit daunting at first, but once you are successfully transported back to the time of the Roman Empire it is a gripping story. The characters are well composed and believable -- even recognizable to anyone who has wandered the world for a while. Living in an age of push-button warfare, it is refreshing to read of real blood-and-guts battles where your enemy is right in front -- or behind. A nice touch of spirituality as well, in Malorix. Well done!

Despite the need for a bit of a line-edit, this was a jolly good, epic read. Thoroughly enjoyed it.

(reviewed 10 months after purchase)
m n reviewed on July 19, 2011
(no rating)
In this first work of fiction by Stephen Lorne Bennett, the reader is presented with an engaging and informative look into the cultures and environment of the central and eastern Mediterranean region in the second century AD. An intriguing story line is carried throughout by well-developed characters, and fleshed out with vivid descriptions of the landscape, weapons, combat, clothing, food, architecture and social customs. I was not previously familiar with details of this era, but Last of the Ninth is written with an authority that suggests painstaking research. Within this framework of historical facts, Bennett presents his hypothesis on the mysterious disappearance of Rome's 9th Hispanic Legion.

(reviewed 12 months after purchase)
elizabeth flammer reviewed on Jan. 31, 2011
(no rating)
A great historical novel! As good as any written by Massimo Manfredi or Harry Sidebottom. Excellent description of the athmosphere in Ch.1 The Oracle - which sets the scene.Malorix, the Sarmatian, is an interesting protagonist.In view of the open ended ending, a follow-up is expected.Volume II - 'Malorix,the Sarmatian aming the Alani ?' "By Targitas!" I enjoyed the episode in the goldmine and the battle scenes. The language and similies vey apt.Though not the author's mistake - his love of all things Roman as well as latin are obvious - the phrase 'Cui Bono?', not 'Quis Buono' should be corrected. Minor typing errors eg. doubling or misplacing the definite article 'the' should also be eliminated.Congratulations ! A great book. Looking forward to Volume II. Richard Flammer

You have subscribed to alerts for Stephen Lorne Bennett.

You have been added to Stephen Lorne Bennett's favorite list.

You can also sign-up to receive email notifications whenever Stephen Lorne Bennett releases a new book.