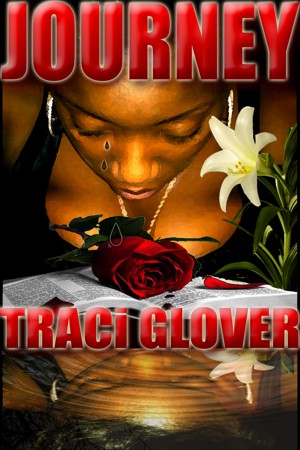 Can Tray confront and overcome the demons of her past and navigate her own stomping ground to start a new life that she seeks? Would she be able to endure all that comes her way and succeed?

Traci Glover-Walker impressive individual, compassionate, and caring person with a heart dedicated to helping people in need. She is a successful wife, mother, business owner, talk show host, author, and motivational speaker. Traci is a native of Florida and moved to Washington State to concentrate on her career as a Computer Programmer. Then she stepped out on faith to start her own businesses Dreamsoft Webs and Butterfly Kizzezs.

Now, she encourages and helps other people to believe and pursue their dreams wholeheartedly. Traci made some choices that affected her life and in some ways are still affecting her. She uses her hardships and pain to utilize her desire to help people. Her strength and believe in God to change and for her to become the person God would have her to be. This is just the being for Traci.

Traci’s faith in God and determination to never quit has catapulted her into destiny. One of Traci’s favorite quotes is, “The road to success is not straight. There is a curve called Failure, a loop called Confusion, speed bumps called Friends, red lights called Enemies, caution lights called Family. You will have flats called Jobs. But, if you have a spare called Determination, an engine called Perseverance, insurance called Faith, a driver called Jesus, you will make it to a place called Success.” There are greater things to come so keep your eye out for Traci Glover-Walker.

You have subscribed to alerts for Traci Glover Walker.

You have been added to Traci Glover Walker's favorite list.

You can also sign-up to receive email notifications whenever Traci Glover Walker releases a new book.