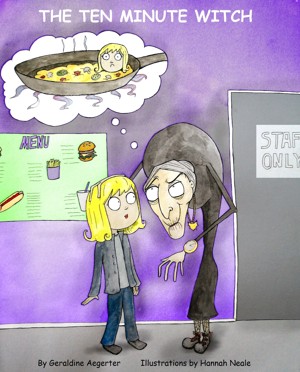 The streets of Cutopia are no longer safe. The Ten Minute Witch is in town and she is looking for one last ingredient to put in her omelette: a little girl or a little boy!

You had better hope she doesn't find you, because she may well give you ten minutes to play the scariest game of hide and seek in your life! Maybe it's best to stay inside today.

The first book in the Cutopia series.

Pete Malicki is a versatile writer and a maverick of the arts and entertainment industries. He's won writing awards all around the globe and holds a world record for running the longest short play festival in history.

As a writer, Pete began by writing five novels before broadening his horizons and diving into the theatre world. His first published novel, "Eyes And Knives", was named book chain Berkelouw’s "Book Of The Week" upon its release. His fifth novel, "The Travellers' Guide to the Afterlives", is an endearing mock-autobiography affectionately thought of as The Most Important Book In The History Of Literature, because no other book tells you how to secure the best eternal life!

In theatre, Pete has had over 750 productions of 70 different plays in 20 countries. His plays have won 21 awards between them at nationwide/international events. “V.D.”, his full-length one-woman show, has toured Australia, England and New Zealand to great critical acclaim.

His speciality is writing theatrical monologues which actors love to perform. These have rich, textured characters and engaging stories, and with 200+ performances of them each year they are among the most popular and successful monologues in the world. Six volumes of these monologues have been published at SpeechGeek and a collection of the best 30, called Monosauce, are now available at Smashwords.

Outside of writing, Pete is a heavyweight producer in his hometown of Sydney Australia. He's run the world's largest short play festival - Short+Sweet Sydney - four times and been the coordinator of artist development program Crash Test Drama for close to a decade. He founded The Monologue project in 2013, which offers live shows, a script resource and workshops for drama students. He's directed dozens of award-winning actors and stood at the helm of major Sydney productions. On top of that, he runs workshops on business skills and monologue performance, works as an editor for New Holland Publishers and his own company Editors Australia, and holds regular writing courses.

He is also developing Monologue Master, an online educational resource for actors wanting to get better at performing monologues, and co-founded Horizon VR, a virtual reality production company. 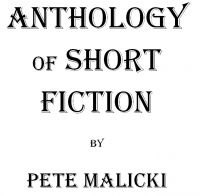 You have subscribed to alerts for Pete Malicki.

You have been added to Pete Malicki's favorite list.

You can also sign-up to receive email notifications whenever Pete Malicki releases a new book.