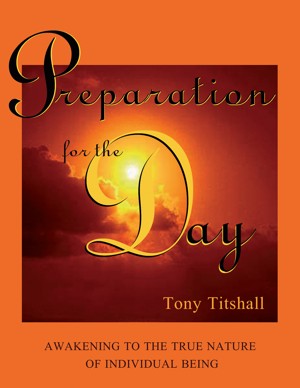 Preparation for the Day: Awakening to the True Nature of Individual Being

By Tony Titshall
We must bring ourselves to the Seventh Day, the Sabbath, when God's peace reigns over all the earth, for within the depths of our own withinness, approached and attained only through stillness, exists the kingdom of God (Booklet: 14 pages, 2,916 words). More
To all those seeking to live the spiritual life, and a life of prayer, each and every day must be established on the firm foundation of the principle of Oneness: One Power, One Presence, One Activity, God. Preparation for the Day reminds us that through the silent prayer of mystical consciousness and meditation, we come to know God as the basis of our life. This knowing, through the daily practice of moment-to-moment awareness, brings us to the realization that we live by Grace (Booklet: 14 pages, 2,916 words).

TONY TITSHALL writes and speaks on the practicality of mysticism and the simplicity of its healing truth in everyday life. After 40 years as a student of Joel Goldsmith's Infinite Way, and taught by Lorraine Sinkler, herself a student and editor of Goldsmith’s writings, he now willingly shares the fruits of his own journey with those who likewise prepare for the coming of the Day of Awakening, a moment forever come and ever present within and as every man.

He has been a sought-after practitioner of spiritual principles for over 40 years and traveled extensively, teaching and sharing the ways of Spirit and the silence of mystical consciousness, giving over 700 hours of recorded lecture work.

Throughout his teaching work, a work that leads the student from demonstration to revelation via the path of dissolution, he acknowledges the universal, indivisible nature of the One Life, the One Self, as the reality of true identity and the truth of All Being. His experiential classwork sessions, which he calls “Revelations of the Moment,” are spontaneous outpourings and impartations offered as a result of silent awareness and inner surrender.

Originally from London, England, Tony Titshall now lives in South Florida. He took two years off from travel and classwork to write The Day of Awakening, described by readers as “a spiritual classic,” “an inspirational message for the ages,” and “a work for all mankind.” 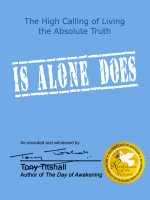 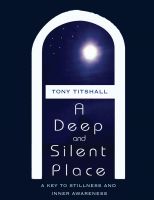 You have subscribed to alerts for Tony Titshall.

You have been added to Tony Titshall's favorite list.

You can also sign-up to receive email notifications whenever Tony Titshall releases a new book.