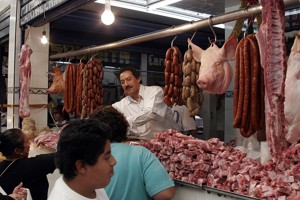 By Robert DeSabatino
Unusual recipes using Belizean ingredients, cooking techniques, and equipment garnered from many years of working in the former Crown Colony of British Honduras. More
Chef Bob DeSabatino worked as an Executive Chef and Restaurateur in her Britannic Majesty's former Crown Colony of British Honduras, now Belize, for fourteen years. The cook book is the first in depth book of its kind in America. It features a comprehensive list of Belizean food representing the various ethnic groups of this great country, including Maya, Creole, Garifuna, Latino, and everything in between. There is an extensive section on game food describing recipes from armadillo to iguana and more. Included are also recipes for unusual desserts, main courses, side dishes, and drinks. Features many photographs as well as a list of commonly used techniques, ingredients, and equipment.

I moved to Rome, Italy with my parents when I was six months old. Dad was a journalist for Time/Life and eventually went to work for the United Nation’s Food and Agriculture Organization based in Rome. He retired in 1997. I live in Italy a total of twenty three years before joining the Navy in 1978. I served one year in the Persian Gulf during the 1980 hostage crisis, four years in Gaeta, Italy on board the Sixth Fleet Flagship, and three years with a Small Boat Unit in the Panama Canal. I have spent only nine of my fifty four years of age in my native country, the United States. I am married to Cruzita Alarcon, whom I met in Belize.

I started my cooking career by graduating from the Culinary School of Washington on the GI Bill in 1988. From there I worked as a line cook at various four star restaurants in Virginia and Florida. In 1991, I was offered a job as sous chef at the Ramada Turquoise Reef Resort and Casino in the Turks and Caicos Islands, British West Indies.
In 1992, I was offered the position of Executive Chef at Ramada’s newest resort, Ramada Royal Reef Resort and Casino in Belize City, Belize. When my contract ended, I accepted the position of Executive Chef at Belize City’s oldest hotel, the Radisson Ft. George Hotel and Marina, where I worked for six years. I then opened my own restaurant in Belize City, Bob’s Bar & Grill. It has been featured in many travel guides including Frommer’s which called my restaurant the “premier dining establishment in Belize City.” It was a favorite haunt of the expatriate community as well as local politicians and businessmen. I also saw my share of celebrities from Bill Gates to actors such as Armand Assante, Debra Winger, and Benjamin Bratt. I sold the restaurant after six years.
I now teach high school Culinary Arts at Coral Glades High School in Coral Springs, Florida. 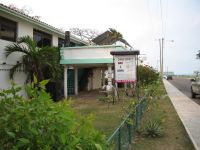 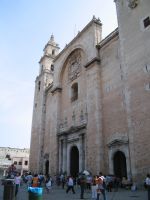 You have subscribed to alerts for Robert DeSabatino.

You have been added to Robert DeSabatino's favorite list.

You can also sign-up to receive email notifications whenever Robert DeSabatino releases a new book.