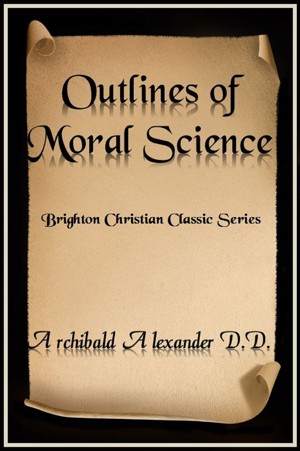 Archibald Alexander (April 17, 1772 – October 22, 1851) was an American Presbyterian theologian and professor at Princeton Theological Seminary. He was born in South River, Rockbridge County, near Lexington, Virginia, and was raised under the instruction and ministry of William Graham, a Presbyterian minister. His grandfather came from Ireland to Pennsylvania in 1736, and after living there for two years he moved to Virginia. William, Archibald’s father, was a merchant farmer. At the age of ten Archibald was sent to the academy of William Graham at Timber Ridge meetinghouse (now called Washington and Lee University), at Lexington. At the age of seventeen he became a tutor in the family of General John Posey, of The Wilderness. After several months he resumed his studies with his former teacher. During this period, a movement, referred to as "the great revival," influenced him and he decided to study divinity. He was ordained by the Presbytery of Hanover on June 9th, 1794, and served two terms as president of Hampden-Sidney College.
By the time he was 21 he became a minister in the Presbyterian Church and subsequently became the president of Hampden-Sydney College. When the Princeton Theological Seminary was established at Princeton, New Jersey in 1812, he was appointed its first professor, and for 27 years served as that institution's first principal from 1812 to 1840.

You have subscribed to alerts for Archibald Alexander D. D..

Would you like to favorite Archibald Alexander D. D.?

You have been added to Archibald Alexander D. D.'s favorite list.