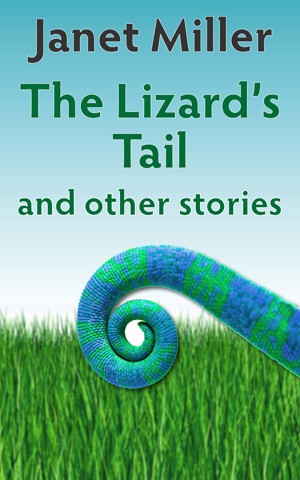 The Lizard's Tail - A software engineer uses her gaming experience to defeat a real-life ogre.

The Woman Who Couldn't Say No - A promise made in a past life haunts a woman who can't ever say no to a good cause.

Cupid's Last Arrow - It should be a lonely Valentine's Day for this middle-aged divorcee but a secret admirer makes the day one to remember.

The Great Hamster Hunt - Two people are brought together through the actions of their pets--but not in a way you might expect.

Just A Little Christmas - When a woman desperate to create a little holiday magic for her children finds a discarded Christmas tree on her neighbor's curb, she ends up with more than she'd expected.

Janet Miller, often known as Cricket Starr, is the author of over twenty-seven titles at Ellora’s Cave, Samhain, Red Sage, and New Concepts Publishing. These titles include the 2004 PRISM award winning Violet Among The Roses, 2011 PRISM award winning Bad Dog and the Babe, and 2006 EPPIE award winning All Night Inn. She has two Romantic Times Top Picks and nominees for the RT Reviewers’ Choice Award for Beloved Enemy under her Janet Miller name, and Fangs For The Memories by Cricket Starr.

You have subscribed to alerts for Janet Miller.

You have been added to Janet Miller's favorite list.

You can also sign-up to receive email notifications whenever Janet Miller releases a new book.