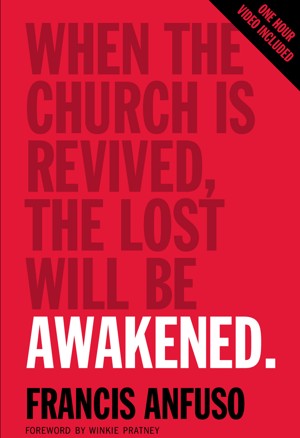 By Francis Anfuso
What would it take? It would take a move of God… a revival of Biblical proportions! Rekindle your passion for Jesus and prepare for the sovereign outpouring we so desperately need. May we each find our unique role for all that is ahead and be fully protected during the ensuing battle. More
WHAT WOULD IT TAKE TO:

• awaken a nation that has ceased to depend upon God?

• awaken the mind of those who no longer fear or reverence Him?

• awaken the conscience of those who have grown numb to discerning good and evil?

• awaken the hearts of those who consider it a choice to end the lives of their unborn children, while rejecting God’s order for marriage and the family?

• revive the spirit of a church that has grown sleepy and indifferent toward the broken world around them?

What would it take? It would take a move of God… a revival of Biblical proportions! Rekindle your passion for Jesus and prepare for the sovereign outpouring we so desperately need. May we each find our unique role for all that is ahead and be fully protected during the ensuing battle.

Francis Anfuso and his twin brother, Joseph, were born one year prior to their father being eleted to the first of five terms in the United States Congress. But their father’s absorbing career left little time for his family. They could merely watch from the sidelines as their Dad’s attention was wholly given to the work and prestige of being a famous, influential person.

Though Francis felt lost in his family life and Catholic upbringing, God had not lost track of him. His First Communion, at age six, took place on May 14, 1955. Seventeen years later, to the day, Francis received Jesus as Lord and Savior. His godly mother’s intercessory prayers had finally caught up with him.

God always has a plan and a timetable. Psalm 27:10 says, “When my father and my mother forsake me, then the LORD will take care of me.” He is truly a father to the fatherless.

As God is the “God of happy endings,” so shortly after Francis received Jesus, his mother, brothers and sisters all whole-heartedly gave their lives to the lord. As each of us fervently cry out to God in prayer for our loved ones, he promises to draw them back to him.

Francis and his wife, Suzie, ministered throughout the Body of Christ for 18 years. In 1997, they planted The Rock of Roseville near Sacramento, California.

Francis’ ministry focuses on an intimate, transparent relationship with Jesus Christ and the freedom and fullness of abundant life in Him. Francis has authored eight books including Perfectly Positioned: When Perspective Triumphs Over Circumstance, Father Wounds: Reclaiming Your Childhood, Church Wounds, and 2029—Church of the Future.

Each of his books, sermon series, and conferences proclaim the message of God’s sovereign love guiding our wholeness and destiny. Francis and his wife Suzie have twin daughters, Deborah and Havilah, who serve alongside them with their husbands, Daniel and Ben. They have also been blessed with six grandchildren: Judah, Gabriella, Hudson, William, Wesley, and Grayson. 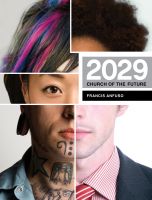 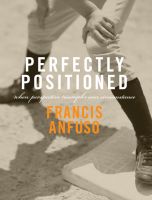 You have subscribed to alerts for Francis Anfuso.

You have been added to Francis Anfuso's favorite list.

You can also sign-up to receive email notifications whenever Francis Anfuso releases a new book.