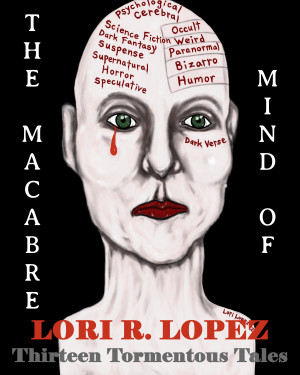 By Lori R. Lopez
Rated 5.00/5 based on 2 reviews
A dark and light collection of horror tales from the morbid murky madness of Lori R. Lopez, along with a poem, an introduction on fear, and a conclusion on why writers write . . . all previously published in anthologies, on websites, or individually as E-books . . . gathered in one spectacularly eerie volume! More
A zombie defender must question his principles when a hunter becomes infected by the zombie plague and threatens the boy’s mother in HEARTBEAT. A teen learns the terrible truth about the house NEXT DOOR. A young woman’s dream of independence is challenged when her parents depart and she must face her Night Frights in MACABRE. A very troubled man seeks professional help for his hang-ups, compulsions and phobias in BACKLASH. A Thin Man wanders into a world of trouble after the carnival that was his home goes bust in UNNATURAL. These are among the tormented souls who inhabit the author’s morbidly manic thoughts!

THE MACABRE MIND OF LORI R. LOPEZ was her first full-length compendium devoted to the creepier side of life. The dark places and spaces not under the Sun or Moon. In Lori’s mind, horrors, humor and weirdities abound. From zombies and strange creatures to psychos, werewolves and Bigfoot, this is a book you should not read when alone. Or lost in the woods. Or strolling past a fence. Or walking down a crowded street. Read it in a library or bookstore, someplace safe! (And good luck.)

Look for an Illustrated Print Edition containing original artwork by the author.

Lori R. Lopez wears many hats as an award-winning author and poet of Horror, Speculative and Literary Fiction, Fantasy and more. She is also an artist, musician, songwriter, actress, filmmaker, tree-hugger, vegan, and animal-lover. Lori roamed graveyards as a kid and conducted funerals for dead birds, squirrels, insects and spiders. Her offbeat books include THE DARK MISTER SNARK, THE STRANGE TAIL OF ODDZILLA, THE FAIRY FLY, DARKVERSE: THE SHADOW HOURS, AN ILL WIND BLOWS, LEERY LANE, ODDS AND ENDS: A DARK COLLECTION, THE WITCHHUNT, THE MACABRE MIND OF LORI R. LOPEZ, and the POETIC REFLECTIONS Book Series.

A member of the Horror Writers Association (HWA), Science Fiction & Fantasy Poetry Association (SFPA), and Lewis Carroll Society Of North America (LCSNA), Lori has been nominated for an Elgin Award, a Finalist in the Kindle Book Awards, and received multiple top honors from other competitions including the Royal Dragonfly Book Awards and San Diego Book Awards for prose, poetry, and artwork. Her poems "Crop Circles" and "Nocturnal Embers" were nominated for the Rhysling Award in 2020.

To learn more, visit fairyflyentertainment.com, a website Lori shares with her two talented sons. You can view author readings and other videos at the Fairy Fly Entertainment YouTube Channel. 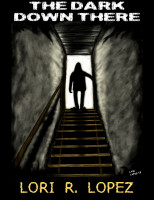 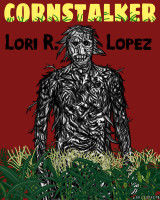 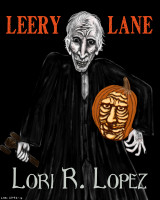 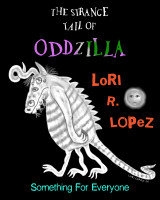 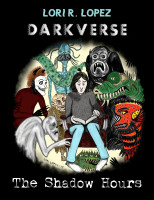 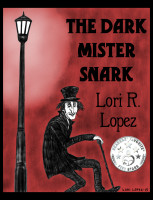 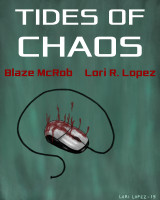 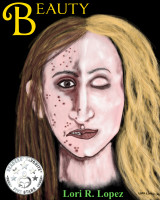 The Macabre Mind of Lori R. Lopez is a fun, witty, and satisfyingly dark collection of stories and poetry. Lopez has a gift of inducing a chuckle on one page and a gasp of horror on the next, her whimsical style offering an unpredictable roller coaster ride that is as variable as it is unique.

This is a fantastic collection of Lori R. Lopez's work. If you have read anything by Lori you know that she has a wonderful and unique style to her writing that is able to pull you right into the world that her words paint through your imagination. This collection gives you thirteen different worlds!! In my opinion this is a collection of her darkest and most suspenseful work, never too dark but the suspense will have you hanging on the edge of your chair and as your mind gets twisted and twirled throughout each story.

There is something in this collection for everyone, you have zombies, creatures, circus freaks, ghosts, big foot, werewolves and more.

I highly recommend this collection to anyone who enjoys reading for fun and who loves having their mind challenged with a unique outlook of the horror world.

You have subscribed to alerts for Lori R. Lopez.

You have been added to Lori R. Lopez's favorite list.

You can also sign-up to receive email notifications whenever Lori R. Lopez releases a new book.