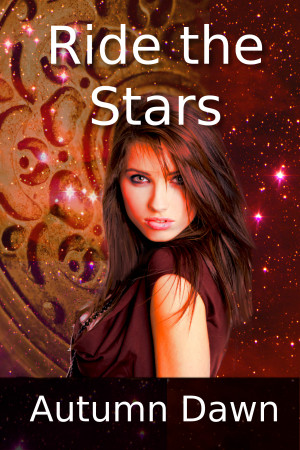 Rated 4.33/5 based on 3 reviews
Strong-armed into a contract, hustled aboard an alien ship, Jaide and Sesame resent their new bosses. Mechanical geniuses, they make their living hot-rodding ships. Too bad their Draconian customers aren’t willing to sign a waiting list.

Reviews of Ride the Stars by Autumn Dawn

Liked the difference you made between the Draconian and a vampire. The alien Draconians are great. They're not just arrogant and physically appealing, they take care of their women...sometimes to the annoyance of the said women. Nice to see what they did with Antarctica by the way. Jaide's issues were ones many women could appreciate. It was good to see her finding her way through them. The characters were compelling; the plot kept me guessing (and groaning at the same time with frustration in a good way), and I was glad to see another story come from this one. Good job.

Good read - action plot with a futuristic setting. I really enjoyed the Draconians - cocky and arrogant as they sometimes are. One of the interesting things about the book is the 'starring' romance is not the obvious one [the captain and Sesame] but Jaide, the hands-on engineer, and the Drac pilot, Skye. [Although it becomes obvious that their story is being played out as well.]

Jaide has serious trust issues and Skye has secrets he cannot share. Then there's the BIG difference in cultural mores - that no one ever sees fit to discuss. The Drac's do not have casual sex with women they want to marry and Jaide feels insulted and rejected every time things get hot and bothered and he walks away. Then Skye tricks her into marrying him and starts the conversion process of changing her into a Drac without telling her.

The path of true love never runs smoothly - even when you have a spaceship at your disposal. Along the way she misconstrues some things she overhears, steals their spaceship, tries repeatedly to divorce him and disappears for two years. When she returns she wants to work it out but she still isn't very biddable...

I enjoyed it. The sequel is Carful, He Bites - also known as Once Bitten and the hero is Skye's brother - introduced in this story. Another good read. The two stories together were released in paperback as Ride the Stars/Once Bitten.


from Amazon:
Strong-armed into a contract, hustled aboard an alien ship, Jaide and Sesame aren’t in the mood to like their new bosses. Mechanical geniuses, they make their living hot-rodding racing ships and revving up military grade war craft. Unfortunately, their Draconian customers aren’t willing to go on a waiting list.

But there’s more to worry about for Jaide than fending off Skye’s determined pursuit and revving up his captain’s ship. Someone wants to kill her, her partner is falling for the Drac leader, and she’s beginning to suspect there’s more to their abduction then meets the eye. As everything she thought she knew is turned upside down, can she has to overcome her distrust of men and reach for a love as powerful as the chance to ride the stars?