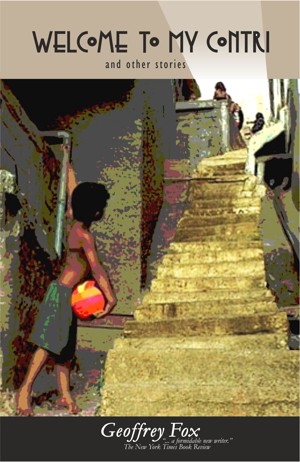 Welcome to My Contri

"He was like a man who had served a term in prison or had been to Harvard College or had lived for a long time with foreigners in South America."
― Carson McCullers on Jake Blount, in The Heart is a Lonely Hunter.

Immediately after graduating from college, I worked in Venezuela as a community organizer in working-class barrios of Caracas. I then earned a Ph.D. in sociology at Northwestern University with a dissertation Working-Class Émigrés from Cuba (Palo Alto: R&E Research Publications, 1979). I continued teaching and writing social analyisi on Latin American themes before turning to fiction in the 1980s. My book of short stories, Welcome to My Contri was reviewed in New York Times Book Review, 1988, and my stories in print and online journals include several in Spanish signed by Baltasar Lotroyo, my alter ego. My nonfiction books on Latin America have been published by HarperCollins and the University of Arizona Press, and articles and reviews have appeared in media including The New York Times, Los Angeles Times, The Nation and others. A Gift for the Sultan, my first published novel (2010), has been translated into Turkish and published by Nokta Kitap, Istanbul (2012). My most recent novel (published by Troubador, 2021) is Rabble! A story of the Paris Commune. I live in southeastern Spain.

Reviews of Welcome to My Contri by Geoffrey Fox

You have subscribed to Smashwords Alerts new release notifications for Geoffrey Fox.

You have been added to Geoffrey Fox's favorite list.

You can also sign-up to receive email notifications whenever Geoffrey Fox releases a new book.