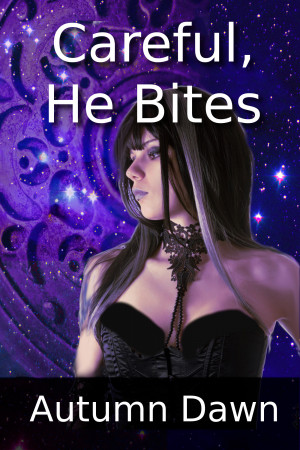 Reviews of Careful, He Bites by Autumn Dawn

Review
Mirella Banfi reviewed on May 1, 2012

I liked this sequel as I liked the other books by this author.

This sequal to Ride the Stars was another good read. The characters from RTS are pretty well integrated. However, I was trying to figure out when this took place in regard to the other story. Was it after the last one finished or during Jaide's two year absence? I would have thought she would meet Bali and befriend her at least at the epilogue. After all, Domino and his sisters would be hanging out with Skye's kid(s) wouldn't they. That was the only problem I had with this as a sequal. The story in itself was great. Very enjoyable reading.

Originally released as Once Bitten - has been retitled Careful, He Bites
Drac #2

Good read - action plot with a futuristic setting. This is the sequel to Ride the Stars. Do you have to have read RTS to enjoy this one? No - but you really should read both in order. Some of the characters were introduced in the first story.

The heroine's father would make Dr. Moreau look like Father of the Year. As a child he tortured her repeatedly - purely in the interests of science, of course! [If you've read Christine Feehan's Ghostwalker books, the two mad scientists would have A LOT to talk about...]

Cut to the present. Our heroine is dying as a result of the mutations forced on her body by her father. Her doctor feels that if she can get a Drac to bite her and thus convert her, she will live - probably losing her mutations to become a 'normal' drac. What he doesn't tell her is the bite is part of the mating process. When he sends her to Domino [Skye's brother from Ride the Stars] she figures she'll pay him, he'll bite her, and then they'll go their separate ways. Not happening...

The plot has further complications having to do with other mutants, 'pure' blood radicals, and some blasts from the past.

Good read. As of now there are only the two stories - if there were more, I'd buy them.


from Amazon:
Ever kissed a Drac? Careful, they bite....

Bali Itara is the daughter of a mad scientist, and daddy's favorite toy.

Domino is the man who can help her escape the madness, for his bite holds the cure. There's only one catch....