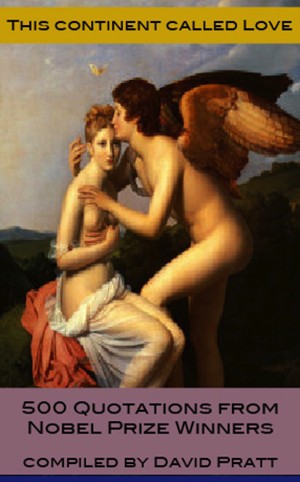 By David Pratt
500 quotations on love in all its forms from Nobel Laureates. Combining love with wisdom, it will delight readers of all ages. Perfect for speeches at weddings and anniversaries. Send it to sweethearts, mothers, brides, and even to your favorite cynics.

David Pratt has been collecting quotations since his youth. His book, The Impossible Takes Longer: The 1,000 Wisest Things Ever Said by Nobel Prize Laureates is published by Walker/Bloomsbury in the US, Profile Books in England, and is translated into several other languages.

Pratt is Professor Emeritus, Queen’s University, Canada. He was educated at Oxford, Harvard, and Toronto. He lives in Kingston, Ontario, Canada.