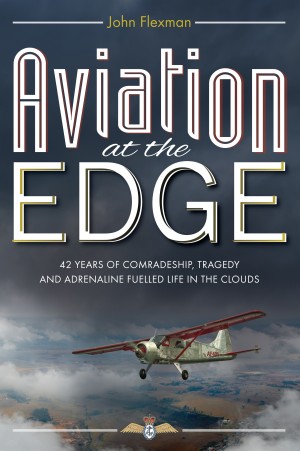 Aviation at the Edge

By John Flexman
Three thousand feet above the Zambian bush, the DHC2 Beaver had only ten minutes' fuel remaining. Night was drawing in; ground features were indiscernible. I could not raise anyone on the radio. Would this be the end? More
John Flexman knew he wanted to be a pilot from the moment he saw an RAF flypast as a boy of eight. At sixteen he joined the Fleet Air Arm of the Royal Navy, getting his ‘wings’ in 1961 at the age of 18. From there on he never looked back. His flying career took him around the world, from the Far East to Africa and back again.

John came within seconds of disaster on several occasions and often encountered tragedy, losing several friends and colleagues in flying accidents. During his years in Africa he flew the dictator Idi Amin several times, while on the ground he was able to witness the barbaric results of Amin’s régime. He went on to fly an assortment of prominent businessmen, politicians and pop stars, from Norman Tebbitt and Rupert Murdoch to Phil Collins and Paul McCartney.
John finally retired at 60, having narrowly survived a 42-year career spanning 17,800 flying hours. Aviation at the Edge is his story.

John Flexman was born and raised in Wokingham, Berkshire. As a boy he loved the thrill of riding his pushbike much too fast, and he knew he wanted to be a pilot the day he saw an RAF flypast zoom overhead. Fresh out of school at 17, John joined the Fleet Air Arm, where he relished the experience of learning to fly a wide variety of aircraft.

John toured the world on HMS Hermes and completed eight years with the Navy before joining the Zambia Air Force. The experiences that followed as a bush pilot in Africa made his Navy days look like a vicarage tea party. He met his Trinidadian wife Janet in 1964 while on a posting in Malta and they have now retired to Malaysia.

You have subscribed to alerts for John Flexman.

You have been added to John Flexman's favorite list.

You can also sign-up to receive email notifications whenever John Flexman releases a new book.