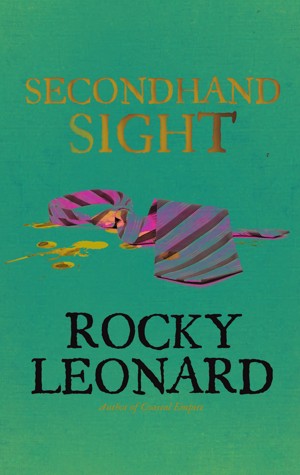 Dan desperately wants these visions to be nothing more than a product of his imagination, but soon enough, he discovers real crime scenes and murder victims. Dan can no longer ignore the unseen powers forcing him to confront the demons of his past. Dark forces prod him to seek the identity of the faceless murderer haunting his dreams.

Dan’s worst fear is the suspicion he’ll eventually confront the face of this brutal killer in last place he wants to look – the mirror.

This suspense thriller is a mix of police procedural with a paranormal twist.

Rocky Leonard is the pen name used by John L. Leonard for his fiction work, chosen in honor of his father. In real life, Rocky Leonard was one of the most colorful characters you could ever want to meet. John credits his dad for the sarcastic wit and cynicism of the Robert Mercer character.

The author routinely writes articles for a number of online publications and was interviewed on the Dennis Miller radio show. Coastal Empire is his first novel. He has also written short stories for an anthology about animals and is editing his second detective novel, Secondhand Sight.

John holds a BBA from the University of Georgia and worked as a computer programmer for more than twenty years before becoming a writer. His writing has also been influenced by shorter stints working as a bartender, real estate investor and landlord.

He has been married to wife Lisa for twenty-two years. John is the proud father of two and grandfather of three, as well as pack leader for several wonderful dogs and one crazy cat.

Born in Savannah, John has spent most of his adult life in the northern suburbs of Atlanta. The local color in his writing is equally authentic whether the setting is a Georgia beach, downtown Atlanta, or the Appalachian foothills in north Georgia.

You have subscribed to alerts for Rocky Leonard.

You have been added to Rocky Leonard's favorite list.

You can also sign-up to receive email notifications whenever Rocky Leonard releases a new book.