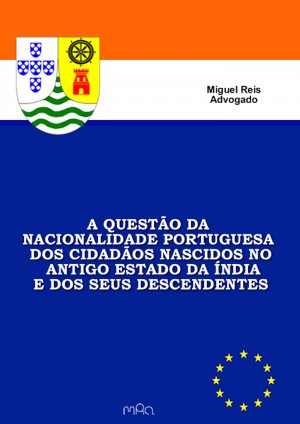 Miguel Reis was born in Cantanhede (Coimbra) on 7/9/1951. He studied in the Infante de Sagres Secondary School in Cantanhede (Coimbra). In 1969 he was admitted to the University and he graduated from the Coimbra University School of Law. He was a professional journalist (1969-1982) and he worked in three newspapers: Jornal de Notícias, O Dia and A Luta. He was also co-director of the daily newspaper Portugal Hoje. He collaborated with Associated Press and RDP.

In 1974 he attended classes in the Centre de Formation des Jornalistes (Paris).He was also one of the founders of the Association of European Journalists (Lisbon) and a member of the Press Council (Conselho de Imprensa) and the High Authority for the Mass Media.

He taught Communication Law in the High School of Mass Media. He is currently a Professor in the Portuguese Institute of Higher Studies in Lisbon.

He is a published author having published several studies about Communication Law.

He deals mainly with cases concerning Civil Law and Commercial Law. He deals also with issues in the area of International Private Law namely in what concerns the Portuguese communities abroad and the issues of multi-nationality.

He is an adviser in the area of Communications Law.

You have subscribed to alerts for Miguel Reis.

You have been added to Miguel Reis's favorite list.

You can also sign-up to receive email notifications whenever Miguel Reis releases a new book.