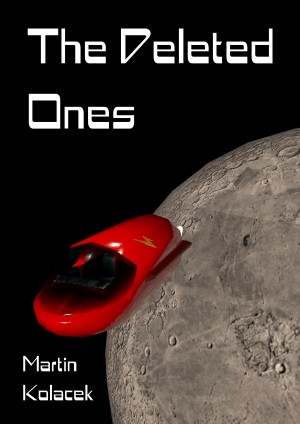 Martin Koláček is a czech writer and gamedesigner. He was born 11. 11. 1981 at 8:35 GMT into a family which communicated in astrological symbols and where even the tiniest life-related event got a universal meaning which was bount with the spiritual well-being of the whole universe. This irrecoverably damaged the boy's delicate psyche and doomed him for a hard life of an artist.
Writing fiction and poetry served as his escape from reality even in the early childhood when he got many undesirable attention by creating a sweet song about a small bird and a big carnivorous plant or even sweeter one called "Sun", describing the horrible death of pilgrims in a desert.
His first public success was an essay "A Home is like a machine gun" which he wrote when being 9-years old. He won a whole-city (Brno) writers' competition and few visits with the school counselor.

He studied Humanities at Charles university and, despite all his effords, finished it, gaining a Bc. degree. He is therefore educated in History, Historical anthropology, psychology, social/cultural anthropology, faking interest and cheating.

He was then swallowed by Disney company and designed mobile games for it for nearly five years.

After leaving the Disney's citadel of evil (the Prague studio) he continued making mobile games but this time for a much creative-free studio, the Lonely sock.

His unsufferably obvious left, green and Human-rights political feelings have made him so mad he lets people downloading nearly all his works from the internet for free.
The only thing which can calm down the small profit-driven part of his soul is that nobody would buy it anyway.

Reviews of The Deleted Ones by Martin Kolacek

You have subscribed to alerts for Martin Kolacek.

You have been added to Martin Kolacek's favorite list.

You can also sign-up to receive email notifications whenever Martin Kolacek releases a new book.