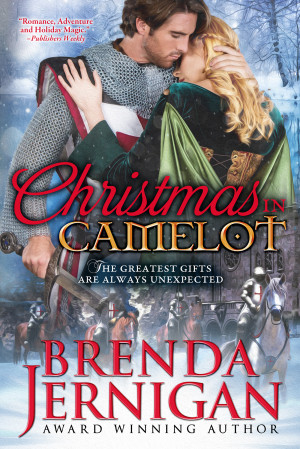 Lady Noelle has no intention of marrying just to save her family’s castle. She feels nothing for Sir Gavin, he man who will become her husband on Christmas Day. Then she spies Camelot’s newest knight, the notorious Sir Nicholas the Dragon, a champion as renowned for his prowess in the beds of Camelot’s maidens as for his skill in battle. Noelle’s heart has found the man she longs for, even as her hand is promised to another.

Sir Nicholas’s only loyalty is to his king, whose orders are clear. he is to fend off the enemy besieging Noelle’s castle and bring the lady safely back to Camelot for her wedding day. But spending time with the proud beauty awakens an irresistible hunger in him Now, as desire does battle with duty, Nicholas has only two choices --to surrender the woman he loves to another man or fight to the end to make her his own.
Available ebook formats: epub mobi pdf lrf pdb txt html
First 20% Sample: mobi (Kindle) lrf pdb Online Reader
Price: $0.99 USD
Buy Add to Library Give as a Gift
How gifting works
Create Widget
Tags: romance love adventure christmas sexy funny merlin miracle camelot medieval knights king author
About Brenda Jernigan

Reviews of Christmas in Camelot by Brenda Jernigan

You have subscribed to Smashwords Alerts new release notifications for Brenda Jernigan.