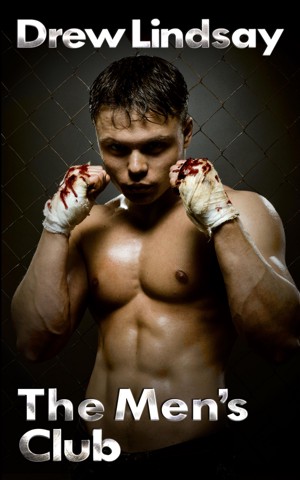 Drew is a PADI Divemaster and holds a private pilot's license. He has a great love of entertaining others with his vivid imagination. His novels allow the reader to escape into worlds of romance, excitement, humour and fast paced adventure. Drew lives in northern New South Wales with his wife.

Reviews of The Men's Club by Drew Lindsay

Review
Eric Eglinton reviewed on May 9, 2013

Yet another fast paced adventure for Ben Hood, this time set in the wilds of my beloved Victor Harbour.
Keep 'em coming Drew.

Another superb chapter in the life of this charismatic, unpredictable and often accidental champion of those who need his help most. Started reading this in the morning and forget about time, missed lunch.
As usual another all engrossing read, thank you.

I love this writer, books are so great can't put them down. And can't wait for the next installment to be written. Fast paced, edgy and Ben hood is fabulous character. Drew, please write faster!

(reviewed 22 days after purchase)
Pam Whitfield reviewed on Oct. 6, 2012
(no rating)
I thoroughly enjoy Lindsey's books and especially the character Ben Hood. I've read alot of them here on-line. I can't find him in my local library. Why?

(reviewed 22 days after purchase)
Mike Morris reviewed on Sep. 11, 2012
(no rating)
Once again Mr. Lindsay has created a novel that explains why I drop everything else whenever I see a new book on the site. The Men's Club is full of the typical wonderful Drew Lindsay characters, plotting, scenery and just downright fun that has been the mainstay of all of his books.

Ben Hood is a charismatic and mysterious character that is extremely easy to enjoy reading about. He does and says things we wish WE could do or say, but that most book characters won't.

The character of Ben Hood is similar to Lee Child's 'Jack Reacher' in his mannerisms, speech and straightforwardness. The fact that he can also create great carnage in righting a wrong doesn't hurt the comparison either. But in many ways... Hood is one up on Reacher. He has reoccurring characters that we come to know and love almost as much as we do Hood.

Congratulations, Drew, on a extremely well written book... again! Please, however, write faster. One hour after finishing Men's Club, I am now anxiously awaiting the next Ben Hood installment!

All of the excitement, fast-paced thrills and randy, beautiful girls that we have become accustomed to finding in Ben Hood novels. Kudos to Drew Lindsay for again spinning a tale that I found very hard to put down.

I strongly hope that there will be more to follow.

In the tradition of Lee Child (Reacher) whom I also follow.

Another great book in the Ben Hood series.

All poor Ben wanted was a quiet seaside holiday, but instead he got caught up in a series of ghastly events where he had to use all his experience as an ex Detective to assist the local police to solve the mystery of THE MEN’S CLUB.

An edge of your seat thriller, that captivates from start to finish. I highly recommend it to anyone who loves murder, mystery and adventure stories.