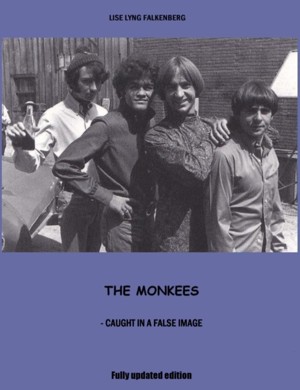 The Monkees - Caught In A False Image

"I was impressed. I would highly recommend this book to fans and I would rate it in my top 5 Monkees books." – Monkeemania Downunder, Australia.

"Falkenberg's book would be a nice addition to any Monkees fan's collection. It's analysis is more thorough than any other book available on the market." – Band 6, The Monkees Official UK Fan Club, England. More
Remember the Monkees? Of course you do! In the sixties Micky Dolenz, Davy Jones, Mike Nesmith and Peter Tork starred in the famous TV series about a pop group and eventually turned into a pop group themselves, thereby becoming the first boy band in the world. The Monkees made a massive impact on the entertainment industry and in 2011 they celebrated their 45th anniversary.

This book started out as an interview with Peter Tork and developed into a complete biography on the Monkees. The main focus is placed on the Monkees' visual works, especially the TV show, the feature film "HEAD" and the TV special "33 1/3 Revolutions Per Monkee", which are all submitted to thorough analyses. Furthermore the book includes an annotated discography, accounts of the many concert tours as well as an annotated listing of each episode of the show and a biography for further reading.

"The Monkees - caught in a false image" was first published in 2001 as a paper book, but is now available as an ebook in this fully updated version, telling the Monkees' story from the beginning in August 1965 to the tragic death of Davy Jones in February 2012. 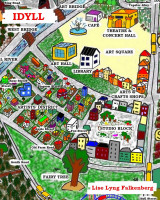