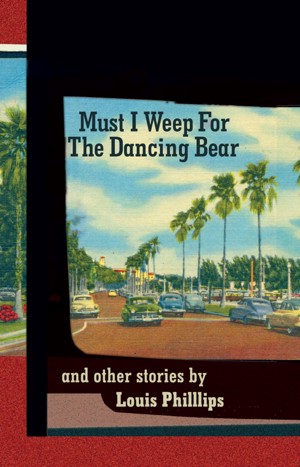 Must I Weep for the Dancing Bear, and Other Stories

By Louis Phillips
These stories by Louis Phillips reinforce his reputation throughout his dozens of books of being imaginative, incisive, and entertaining. The voice here is that of a young man who is learning about life and about work. Phillips captures these formative years brilliantly, creating a coming-of-age collection of stories that will take you back to your own youth.
Available ebook formats: epub pdf rtf lrf pdb txt html
Price: $9.99 USD
Buy Add to Library Give as a Gift
How gifting works
Create Widget
Tags: dancing bear weep louis phillips must
About Louis Phillips

Louis Phillips, a widely published poet, playwright, and short story writer has written some 35 books for children and adults. Among his works are: two collections of short stories - A Dream of Countries Where No One Dare Live (SMU Press) and The Bus to the Moon (Fort Schuyler Press; Hot Corner, a collection of his baseball writings, and R. I. P. ( a sequence of poems about Rip Van Winkle) from Livingston Press; The Envoi Messages, a full-length play (Broadway Play Publishers). His books for children include The Man Who Stole the Atlantic Ocean (Prentice Hall & Camelot Books), The Million Dollar Potato (Simon and Schuster), and How to Wrestle an Alligator (Avon). His sequence of poems - The Time, The Hour, The Solitariness of the Place - was the co-winner in the Swallow's Tale Press competition (l984). Among his published books of poems are The Krazy Kat Rag (Light Reprint Press), Bulkington (Hollow Spring Press), The Time, The Hour, The Solitariness of the Place (Swallow's Tale Press), Celebrations & Bewilderments (Fragments Press), In the Field of Broken Hearts, and Into the Well of Knowingness. (Prologue Press). His most recent book is The Audience Book of Theatre Quotations (World Audience, Inc.). He teaches at the School of Visual Arts in NYC. 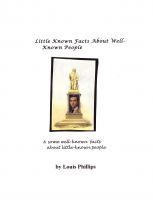 Reviews of Must I Weep for the Dancing Bear, and Other Stories by Louis Phillips

You have subscribed to Smashwords Alerts new release notifications for Louis Phillips.

You have been added to Louis Phillips's favorite list.

You can also sign-up to receive email notifications whenever Louis Phillips releases a new book.