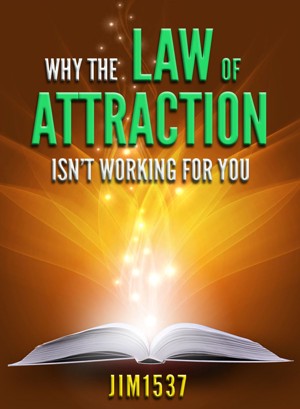 Why the Law of Attraction Isn't Working for You

Despite all these promises, many people find themselves coming up dramatically short in terms of manifesting their heart’s desires. In this short article, experienced psychic, medium, spiritual teacher Jim1537 explains the reasons why, for some people, the Law of Attraction just isn’t working for them. Learn about the other side of this phenomenon and the role the Law of Attraction truly plays in our spiritual journeys on earth.
Available ebook formats: epub mobi pdf rtf lrf pdb txt html
First 20% Sample: epub mobi (Kindle) lrf more Online Reader
pdb
Price: $1.99 USD
Buy Add to Library Give as a Gift
How gifting works
Create Widget
Tags: spirituality new age manifestation law of attraction self help new thought visualization
About Jim1537

Jim1537 first became aware of his psychic abilities as a young teenager. Shortly afterward, he began studying astrology with several world-class astrologers. He then went on to extensively train in metaphysics.

Over the last thirty years, Jim has given more than 88,000 private readings, both as a clairvoyant and as a spirit medium. In addition, he also offers his expertise as a spiritual advisor, dream interpretation expert, and life coach.

In 2007, Jim began sharing his knowledge of metaphysics and the laws of the universe by publishing a spiritual newsletter.

Jim has taught music to over a thousand children, and was an instructor at the college level. He currently lives in the Midwest with his wife, three cats, and a dog.

Why the Law of Attraction Isn't Working for You
View the book trailer.

You have subscribed to alerts for Jim1537.

You can also sign-up to receive email notifications whenever Jim1537 releases a new book.