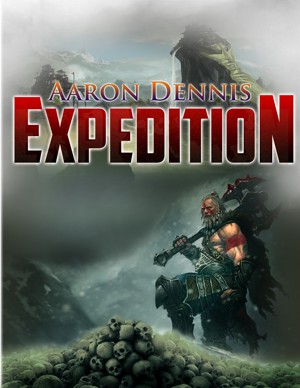 By Aaron Dennis
Rated 3.67/5 based on 3 reviews
Jorunhaal leads an expedition to the new island. In search of power, he and the wizard, Wilheim, discover only death. More
King Eidon of Ilteriel learns of a new island, far to the south. He sends an expedition in search of new resources, allies, and power. Jorunhaal, Ilteriel's greatest warrior, is to lead the expedition. Upon setting foot on the island, one disaster after another occurs. The men battle small were-wolves, fall prey to a foul sickness in the air, and uncover demons once sealed away.
Download: epub mobi (Kindle) pdf more Online Reader
lrf pdb txt
Price: Free! USD
Add to Library
Create Widget
Tags: adventure action death fantasy magic wizards werewolves gore demons island curse celtic undead warriors
About Aaron Dennis

I'm not a big big fan of fantasy, but I do like a little gore, and this story was really a mix of fantasy, horror, and gore.
A king covets power, so he sends an expedition to an island that his counselors sais had power, but when everyone gets there, they're attacked by monsters, some of the people turn into monsters, and their ship gets destroyed. Even the sun stops coming up, so the main warrior, Jorunhaal (if I spelled it right) and the wizard Wilheim trek underneath the island through some ruins or something, really just trying to find a way off the island.
In a way, there really isn't much to the story. It's basically a massacre, and the characters try to stay alive, but wha was cool, what I did like was just how different each character was and in the span of just a short story. Overall it wasn't bad.

Expedition is a simple tale of a doomed expedition to an island of demon-like creatures, death in the air, and an evil power deep in its bowels. The expedition is led by a proven warrior accompanied by a grumbling wizard. They are on a mission to discover the secrets of this island for King Eidon. There is much gruesome death, exciting fights, and a hint of love and tragedy. The ending sets up the sequel with the promise of conspiracy and intrigue ahead. The final fate of the expedition’s survivors remains the island’s secret. For now.

I've given it 3 stars because there are some editing issues and the characters could be more fully defined, but this short story nicely sets the scene for the main story to follow. I did like the slightly archaic writing style, it suits this fantasy world.