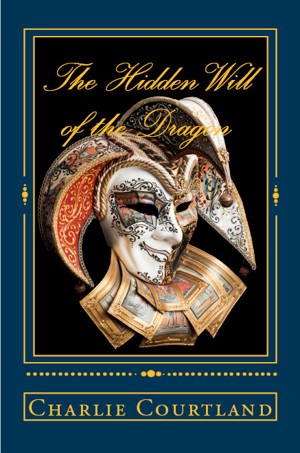 The Hidden Will of the Dragon

Charlie Courtland graduated from the University of Washington with a B.A. in English Literature with an emphasis on creative writing, and a minor in Criminology. She was born in Michigan and currently resides in the Seattle area with her husband and two children.

Reviews of The Hidden Will of the Dragon by Charlie Courtland

Amara Borbala was the lady-in-waiting companion to Countess Elizabeth Bathory, the Blood Countess. They were together from the time they were young girls until after Elizabeth's trial. This is her account of what really transpired, as dictated in a manuscript intended for Elizabeth's grandson.

Reading these books, I realized neither is a stand alone story, or even books in a series. They are two halves of the same story: a single story split into two volumes. I can see why, the first is over 400 pages while the second is 300. It is a long story, but quite a fascinating one.

The first volume starts with Amara first joining Elizabeth and covers up to right before Elizabeth's reputation as the Blood Countess begins. The second volume details Elizabeth's exploits and her downfall. The story is more than just Elizabeth's though. Amara takes centre stage and much of the story focuses on her as the narrator. This is especially true in the second volume when Amara begins to distance herself from Elizabeth.

I found both volumes fascinating. The second volume is much darker, as can be expected. The first was much lighter as the girls were much brighter, happier and more adventuresome in their youth. Something I found interesting was the feeling of age in the narration. It was easy to distinguish which sections were written as Amara as an old lady. The feeling of these sections was much older than the narration of her youth. As the narration progressed, the tone definitely matured and aged. I thought this was very well done.

Overall, I was impressed with the story. I would recommend it to fans of historical fiction. With the warning that you need to read both volumes back to back to get the full story.

Charlie Courtland completes the terrible dance into madness, of Elizabeth Bathory and her sister- prisoner, Amara Lorant, in the stunning book ‘Hidden Will of the Dragon’. This in no more a sequel than Amara was only a ‘friend’. It shares the same longing, desire, and deceptions that are found in the first half of the tale: ‘Dandelions in the Garden’. The two women shared the same torments and lusts, and…cravings. Elizabeth, to feel forever young; Amara, to feel something of love. They could not be separated, would not be parted, even as death lay all around - Death they invited into the walls and cellar recesses of their fortress home.

Charlie devoted three years to her obsession with this story; her intense passion flows in the text. If Charlie dreamed this as she wrote it, the nightmares must have been exquisite. This second book is immersed in a plague of constant danger, more vividly realized. It is not a gentle experience, being so close to those two women. It is instead, a dark, damp unhinging of spirits. They dwelt in continual terror of being forgotten, being ignored, being betrayed.

Both books are written in piercing detail, with luxurious strokes. Elizabeth was royalty; it was necessary to display her. We can smell the candle wax and perfumes in the crowded ballrooms; the mold in the stones and the decay in the hidden corners. To torment us, we are no more allowed to enjoy the gentleness of society than either woman; those moments are only meant to lull us into deeper submission. Ms. Courtland will not let us linger in the clearer air; Elizabeth was never allowed more than a breath of it either. All of us are sent, unwilling, back into the waiting earth, where the dead have many more things to tell.

Elizabeth and Amara could not survive that life, without the other; it is impossible to have only one of these books. The scope of the narrative is massive, epic. The whole is entirely brilliant.

This was an adventure that will not soon be forgotten. It will linger in your memory, drawing you back to the moments captured within the story. What an amazing cast of characters. Each one unique, yet attached in some way or another to each other. As a reader, I was taken on an adventure filled with edge of your seat, nail biting tension and romantic and/or lustful romantic trysts. As the story carries you through the lives of two women who could never be more different yet so faithful to each other. The setting was described so vividly that it felt as though you were or had been in that time period, experiencing each moment alongside Lady Amara and Elizabeth Bathory.


Lady Amara's character caught me off guard, shocking me throughout the twisting plot. At times, she almost seemed naive but that feeling would not last long. She was, in my mind, a hopeless romantic longing for true love. Would she find it? Was it to happen for her? The amount of loyalty Amara had when it came to Elizabeth was almost sickening. In the end I was saddened by her situation.

Elizabeth Bathory (the Blood Countess) was a very strong and fierce woman. From the beginning, I was drawn to her adventurous side and later appalled by the woman she would become. The madness this woman exerted on her fellow characters was unimaginable. Yet you can't help but cheer for her plans to succeed, no matter what she was faced with.

Charlie Courtland has created an enthralling tale where history meets legend and romance. Readers that enjoyed "The Historian" will find Courtland's work fitting to their taste. I will definitely watch out for future works and look forward to reading "Dandelions in the Garden."

I can't recommend this book enough.

Article first published as Book Review: Hidden Will of the Dragon by Charlie Courtland on Blogcritics.

As Lady Amara's illness continues to worsen, the shortness of time drives her to finish the ledger she has promised Count Drugeth. He has only recently sought her out in in effort to know more about his family and the history that plagues them. Only now as she looks back, writing and reflecting on her life as the ladies maid and confident of Countess Bathory, does the time seem right to set to paper the truth of what really occurred, both the joys and the horror. History would remember Countess Bathory as the Blood Countess and one of the fist women serial killers in written history, Amara would remember her as a friend.

In Hidden will of the Dragon, Charlie Courtland takes you back to the late 15th and early 16th century where women were unable to inherit and were traded in marriage in order to improve the coffers or standing of her family. Marriages were set up as business propositions and women had no choice in the matter. The same is true for Elizabeth Bathory, and because her husband is a soldier she is sent into isolation in the Hungarian countryside to reside in Cathcice.

The descriptions of the day as well as the characters pull you in and you feel the hopelessness and despair, almost as though you were there in that time and place.

Lady Amara, her friend and companion is with her through everything, a constant in her life that is so rare. I was initially fooled by Amara, thinking her to be that friend and confidant that would be the strength to deal with Elizabeth’s demons. I was disappointed to find that Amara not only had her own demons but that she was pulled into some of Elizabeth’s madness as well.

Charlie Courtland has taken a time and event in history and put a story to it that would rival the actual events. She takes the reported facts as well as many of the rumors of the day and spins them into a story so believable that is could be the true events as they transpired.

This story is not for the weak of heart as there is much madness and despair. Be prepared to be sucked into the story and become a part of it. You will see the blood spatters and will feel the actual weight of the horror as it unfolds.

I would recommend this book with the understanding that it is not lighthearted reading. I believe it would be great for a book club or a reading group. There is a great deal of information that would be interesting to discuss.

Great sequel to "Dandelions in the Garden" You want be dispointed !!!! A great read.

You have subscribed to Smashwords Alerts new release notifications for Charlie Courtland.

You have been added to Charlie Courtland's favorite list.

You can also sign-up to receive email notifications whenever Charlie Courtland releases a new book.