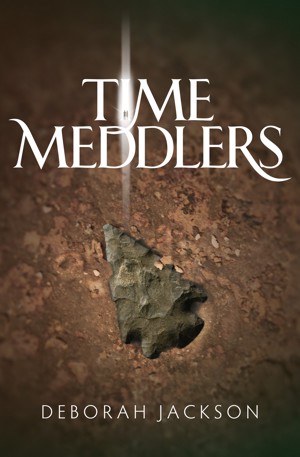 By Deborah Jackson
Rated 5.00/5 based on 1 reviews
One of Canada's top scientists has discovered the secret to time travel. But something has gone horribly wrong . . . .

After moving to a new city, Sarah Sachs encounters a mysterious boy who is somehow connected to his father's creation. They uncover an unusual device in a secret laboratory—a device that throws them far from the modern city of Ottawa into the forest-matted land of the 1600’s. More
One of Canada's top scientists has discovered the secret to time travel. But something has gone horribly wrong . . . .

On the first day of school, in a new city, Sarah Sachs experiences the shock of her life when she sees a car drive right through a strange boy. Did she really see it, or was it a figment of her imagination?

The figment? Not so imaginary. A powerful new technology that could be behind Dr. Barnes’s disappearance.

Sarah becomes swept up in Matt Barnes’s life as she helps him search for his father. They uncover an unusual device in a secret laboratory—a device that throws them far from the modern city of Ottawa into the forest-matted land of the 1600’s. In this strange New World, they must contend with wild animals and somehow survive a war between the Algonquin and Iroquois nations. But eventually they’ll have to make a decision that might change the world as we know it. Should they meddle with time?

"Combining time travel technology, history and mystery, Time Meddlers is an enthralling science fiction story that transports readers from present day Ottawa back in time to the 1600s....Suspense, humour and memorable characters make this exciting adventure a page turner."

"Recommended. The characters are very real, and the situations make the book quite a page turner. Can time travel change history? . . . Includes a glossary of Native tribes and terms, and a set of questions for reading groups."

Deborah Jackson received a science degree from the University of Ottawa in 1986, graduated from The Writing School in Ottawa in 2001, and is the author of several critically acclaimed science fiction and historical fiction novels. She gives school presentations throughout North America as well as developing and teaching writing courses at the Shenkman Arts Centre. Deborah is a member of the Society of Children’s Book Writers and Illustrators. Her novels include: Ice Tomb, an adult science fiction thriller and the Time Meddlers series for children, ages 9 – 14: Time Meddlers, Time Meddlers Undercover and Time Meddlers on the Nile. Articles about Deborah and reviews of her books have appeared in The Ottawa Citizen, MORE Magazine, RT BOOKclub Magazine, Canadian Teacher Magazine, SF Site, Neo-opsis Science Fiction Magazine and many more. 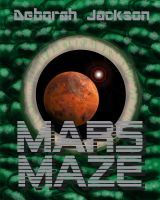 This is the second book I read from Deborah Jackson and I like her way of writing, it is a light read with a good story. Of course sometimes she has simplified things in order to keep the read light and that is all good for me as well.
What I like is that she takes the idea of the First Nations and gives a short insight of how they belong together.
All in all a good read that you will enjoy.

You have subscribed to alerts for Deborah Jackson.

You have been added to Deborah Jackson's favorite list.

You can also sign-up to receive email notifications whenever Deborah Jackson releases a new book.