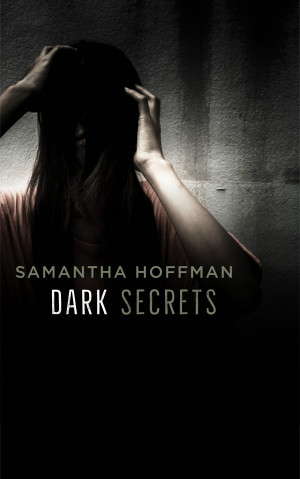 About the Series: Dark Heritage

Ronnie has a gift that nobody wants, not even herself! She sees the ghosts of the dead, as do the horde of cats that follow her around. Her gifts have labeled her as crazy, but little does she know there are others with similar gifts that have begun to watch her. Life in the supernatural world is not easy, especially when everyone seems to be waiting for Ronnie to use her powers for evil. With the threat of execution hanging over her head should she slip up, Ronnie must do everything in her power to please the Council, even putting her own life at risk and battling evil necromancers that have a powerful and deep connection to her. As Ronnie delves deeper into her family’s past, the darkness that permeates her heritage begins to call to her, just as it did for them. Will Ronnie be able to fight that dark influence, or will she succumb to it as her family did?

What I liked:
-The main character. Ronnie was pretty accepting about her powers; she didn’t try to convince herself she didn’t see ghosts. She believed it and didn’t fight it.
-Finnley. He was angry, and rude and sarcastic, but he turned out to be a better guy than I originally thought he was. I loved his relationship with Ronnie; they started off as really rocky and not even friends, before realizing their feelings for each other. And I liked that they didn’t end up together yet in the end.
-Secondary characters. There was a variety of supernatural beings with different personalities that kept the story interesting.
-Plot twists. There was one major twist that I didn’t see coming near the end. I really didn’t expect it, but I thought it was cleverly planned out and executed well.

What I disliked:
-Everything was pretty standard for the Paranormal Romance genre. A group of supernaturals all banding together to fight the evil guy. The angry jerk that becomes the love interest after he bonds with the heroine.
-The Compound. It was kind of confusing as to why everyone was forced to be there, and how the rules were enforced, but I think this might be expanded on in the next book.

This book was good. It wasn’t anything super special, but I liked the characters, and I liked their powers. There wasn’t a ton of action in this one, but it was still well-written and I felt like I was there. The relationship between the two main characters develops from a hateful one to one that might be love, and I like that they weren’t resolved by the end of the first book. One thing I’ve noticed about this author is she isn’t scared of causing her main characters pain. They’re always betrayed, or seriously injured, or even killed in some cases, and I think their mental, emotional, and physically suffering makes them more relatable.

Veronica was an interesting character not figuring out what was going on before it was thrown in her face. At the beginning of the book she was just uncertain and wanting to stay out of the way of everybody. She did not take the time to try to figure things out even with clues and answers all around her. At the end of the book she is still shy and wants to stay out of the way but becomes a stronger character. The little love story is a nice little twist but not the main focus of the story which was a wonderful surprise. I hope there is a second book :)