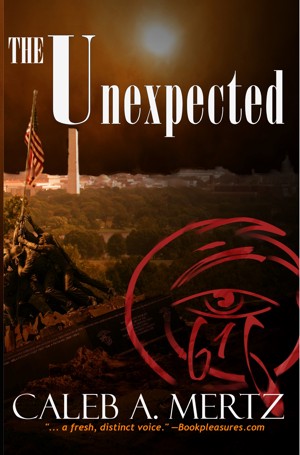 President Rakford must rely on his Christian upbringing, neighbors, and good hearted friends to defend the country against his accusers. As time rushes past and more lives are lost, Rakford must identify the atypical terrorists and take their base of operations to prove he isn't who they say he is, at least, not yet.
Available ebook formats: epub mobi pdf lrf pdb txt html
First 20% Sample: epub mobi (Kindle) lrf more Online Reader
pdb
Price: $2.99 USD
Buy Add to Library Give as a Gift
How gifting works
Create Widget
Tags: terrorism government president conspiracy war revelations christian end of the world new world order
About Caleb Mertz

Caleb A. Mertz, has published the titles "From Jason's Journal" (Previously "With Thoughts of Jason") '06, "The Silhouetted Leaves" '09, and "The Unexpected" '13. He is an author, actor, and voice over talent.

Currently Mertz is studying English and Spanish Literature at the University of California, Berkeley. And has studied with authors Tom Farber and Amy Rowland. While he continues to pursue further education he is also working on a collection of short stories and two other novels he hopes to release within the next few years.

Reviews of The Unexpected by Caleb Mertz

You have subscribed to Smashwords Alerts new release notifications for Caleb Mertz.

You have been added to Caleb Mertz's favorite list.

You can also sign-up to receive email notifications whenever Caleb Mertz releases a new book.