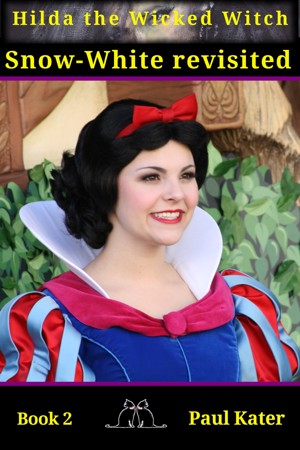 Paul Kater was born in the Netherlands in 1960. He quickly developed a feel for languages but did not pursue a career in those as his native language, Dutch, did not offer many options in that time.

Since 2003 he's been writing seriously, first posting his scribblings to an amateur writers mailinglist, and then publishing shorter and longer stories on the internet. Paul currently lives in Cuijk (the Netherlands), with his two cats, his books and the many characters he's developed in the past years, who claim he is a figment of their imagination.

Paul mainly writes Fantasy and Science Fiction/Steampunk but also tries his luck in other genres.

Visit the author at http://www.paulkater.com

Interested in other English-writing Dutch authors? Have a look at http://adutchtreat.wordpress.com/!

Funny book. Definitely worth reading for fans of Terry Pratchett. Contains even a number of Discworld references. Better than the first book in the Hilda series. I'm curious if the next books in keep improving.

Very funny. I loved the adult retelling of Snow White.

(review of free book)
Black Bay Books reviewed on Nov. 30, 2011
(no rating)
Cute and entertaining, but rife with typos, misspellings, and misuse of language. If we are going to publish our own books, we need better self-editing. I do not approve of the star rating system, so I have ignored it.

Hmmm a subtly dirty story about snow white. I like it very much

You have subscribed to Smashwords Alerts new release notifications for Paul Kater.

You have been added to Paul Kater's favorite list.

You can also sign-up to receive email notifications whenever Paul Kater releases a new book.