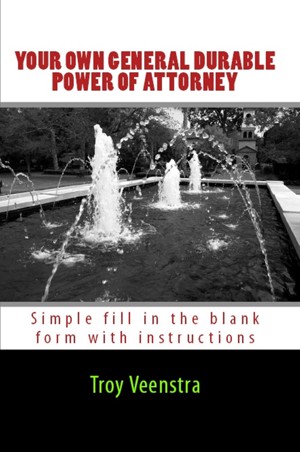 Your Own General Durable Power of Attorney

By Troy Veenstra
Simply Cut, past, fill in the blanks and change this document to fit your own personal needs. Leave your loved ones and yourself with the peace of mind that you, and them will have a say in your healthcare and life should you become unable to do so yourself... Most importantly... save money, by doing it all yourself instead of spending hundreds on lawyer fees...
Available ebook formats: epub mobi pdf rtf lrf pdb txt html
First 10% Sample: epub mobi (Kindle) lrf more Online Reader
pdb
Price: $1.00 USD
Buy Add to Library Give as a Gift
How gifting works
Create Widget
Tags: how to power of attorney legal documents boilerplate
About Troy Veenstra 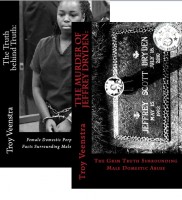