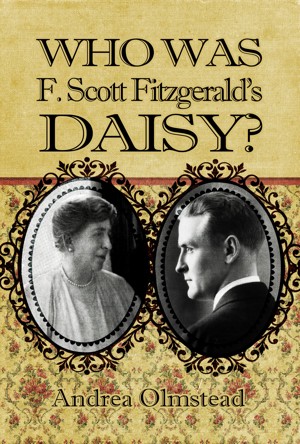 Who Was F. Scott Fitzgerald's Daisy?

By Andrea Olmstead
Rated 5.00/5 based on 1 reviews
Exciting news in the world of F. Scott Fitzgerald studies! Path-breaking research has led to a woman who his scholars did not know was nicknamed Daisy, the name given Gatsby’s lost love. Here she is identified and her life investigated. Only now does her influence on two characters in This Side of Paradise and a major character in an early version of Tender is the Night become clear. More
Exciting news in the world of F. Scott Fitzgerald scholarship! Path-breaking research has led to new information about a woman in Fitzgerald’s life. This eBook investigates someone who Fitzgerald knew well from a young age. His many biographers and scholars, however, did not know that she was nicknamed Daisy. Fitzgerald named The Great Gatsby’s lost love Daisy Buchanan. The key to the real Daisy’s identity is unlocked and her life investigated here. For the first time her influence on three other characters in two Fitzgerald novels becomes clear. Fitzgerald borrows Daisy’s social position, cultivation, musical ability, and religion to create two figures in This Side of Paradise, as well as the projected murder victim in the earliest version of Tender is the Night.

Literary scholars know that Fitzgerald based most of his characters on real people. No one, however, guessed his choice of name for the main female character in The Great Gatsby was drawn from an actual person. He once acknowledged this woman as the model for Beatrice O’Hara Blaine in This Side of Paradise, but declined to name her publicly. Beatrice Blaine’s mystery model is revealed for the first time to be the same Daisy who lent her name to The Great Gatsby.

More than that, in Gatsby Fitzgerald fictionally “married” the much-admired Daisy to another influential figure in his life, Father Sigourney Fay: Fitzgerald gave Daisy Buchanan’s maiden name as Daisy Fay. Monsignor Fay has long been recognized as a major influence on This Side of Paradise and as a surrogate father for Fitzgerald. Only in Olmstead’s eBook do we understand that he also viewed Daisy as a surrogate mother. She notes Fitzgerald’s pairing the two as an ideal set of parents in This Side of Paradise. There he provides a backstory linking Father Darcy (identified as Father Fay) romantically with Beatrice O’Hara, before her marriage to Blaine.

Daisy wrote three of her own memoirs and annotated her husband’s letters. She maintained close friendships with Henry Adams, Henry James, and Edith Wharton, including correspondence with all three and travel with Wharton. She was a brilliant linguist who spoke French, German, and Italian fluently. She studied music at a conservatory, played the piano well, and associated with the great composers of her day. As a wife and mother she gave birth to eight children. Significantly for Fitzgerald, she managed both to convert to Catholicism and to retain that religion for her entire family against considerable obstacles. When Daisy and Fitzgerald’s mutual friend and spiritual resource Father Fay died, however, Fitzgerald gave up his Catholicism.

Research into Daisy’s fascinating life has taken Olmstead to Palazzo Odescalchi in Rome, where she was born and lived, and to Newport, RI, where the house Daisy inherited is still called her married name. The author read Daisy’s letters archived at Harvard’s Houghton Rare Books Library. She includes the complete text of a previously unpublished letter from Fitzgerald to Daisy’s son. This eBook includes four photographs of Daisy, as well as fifteen other pictures of people in her life and places she lived as a member of New York City’s famous society, the “Four Hundred.”

Andrea Olmstead investigated primary sources, the definitive secondary sources, biographies, letters, as well as specialized studies for Fitzgerald’s three novels, The Great Gatsby, This Side of Paradise, and Tender is the Night. In addition to providing nineteen photographs, quoting from numerous Fitzgerald’s novels, stories, and letters, citing other scholars’ work, reproducing Daisy’s own unpublished letters as well as one by Fitzgerald, and tracing complicated family trees, Olmstead thoroughly annotates this eBook with 168 footnotes and provides a comprehensive bibliography.

Musicologist Andrea Olmstead is the author of four books about the modernist American composer Roger Sessions, published by Routledge, Northeastern University Press, and UMI Research Press, as well as of Juilliard: A History (University of Illinois Press). She has held three National Endowment for the Humanities Fellowships, been a Visiting Scholar at the American Academy in Rome eight times, and a Writing Fellow at the Virginia Center for the Creative Arts on four occasions.
Olmstead has taught Music History at The Juilliard School, The New England Conservatory of Music, and at the University of Massachsetts–Amherst. She served as the Christopher Hogwood Research Fellow for the Handel & Haydn Society Chorus and Orchestra.
The librettist of Larry Bell’s opera Holy Ghosts, www.holyghoststheopera.com, based on Romulus Linney’s play, she produced the opera as well as sixteen CDs of Bell’s music.

This is an excellent blend of musical, literary, and social history about a fascinating woman, thoroughly researched and beautifully presented. Congratulations to the author!

You have subscribed to alerts for Andrea Olmstead.

You have been added to Andrea Olmstead's favorite list.

You can also sign-up to receive email notifications whenever Andrea Olmstead releases a new book.