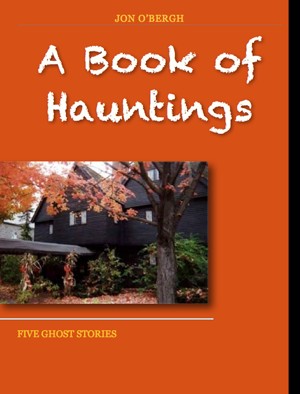 A Book of Hauntings

By Jon O'Bergh
Five ghost stories. A witch figure comes to life to exact revenge. A boy conceives a ghoulish sacrifice. A mysterious stranger picks up a hitcher. A corpse reaches out from beyond the grave. An initiate spends the night in a haunted house. More
These five ghost stories are certain to give you goose bumps. "The Attic Man" tells about a strange presence in the attic that terrorizes two boys. In "The Unlucky Thirteen Club," a nervous man must spend a night in a haunted house for his initiation. "The Corpse's Wife" takes place in the nation's capitol during the years of plague following the Civil War. A hitchhiker earns his fare by telling ghost stories in "The Ride With the Stranger." And "The Witch" recounts a Halloween figure that comes to life to exact a centuries-old revenge.
Download: mobi (Kindle) pdf rtf more Online Reader
lrf pdb txt
Price: Free! USD
Add to Library
Create Widget
Tags: horror halloween supernatural witch ghost
About Jon O'Bergh

Jon O’Bergh is an author and musician who appreciates a good scare. He received a Bachelor of Arts in Music from the University of California at Irvine. A fan of ghost stories and horror movies, O’Bergh came up with the idea for his first novel, The Shatter Point, after watching a documentary about extreme haunts. His second novel, Shockadelica, was published in June 2021. He has written five books and released over a dozen albums in a variety of styles. His supernatural short stories have appeared in anthologies and magazines.

Reviews of A Book of Hauntings by Jon O'Bergh

You have subscribed to alerts for Jon O&#039;Bergh.

You have been added to Jon O&#039;Bergh's favorite list.

You can also sign-up to receive email notifications whenever Jon O&#039;Bergh releases a new book.