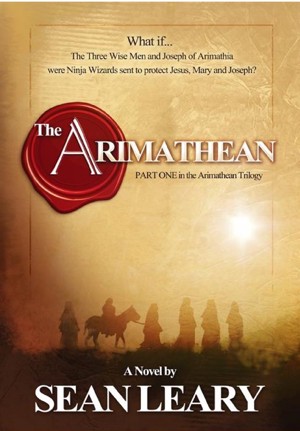 Sean Leary began writing at age 11 as a correspondent for the Comics Buyers Guide. Throughout his teens he worked in the comics and fanzine fields, reaching an apex with the release of the award-winning graphic novel, EXORCISING GHOSTS, which he wrote and illustrated. He has written for dozens of newspapers, magazines, websites and blogs, written for TV, films and the stage, and is the author of the best-selling books DOES THE SHED SKIN KNOW IT WAS ONCE A SNAKE?, EVERY NUMBER IS LUCKY TO SOMEONE and MY LIFE AS A FREAK MAGNET. THE ARIMATHEAN is his debut novel and the first book in THE ARIMATHEAN TRILOGY. The second, THE BLOOD OF DESTINY, will be released in 2013.

Reviews of The Arimathean by Sean Leary

You have subscribed to alerts for Sean Leary.

You have been added to Sean Leary's favorite list.

You can also sign-up to receive email notifications whenever Sean Leary releases a new book.