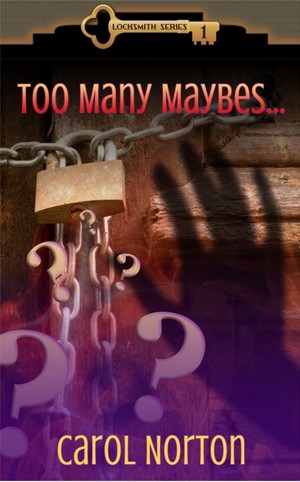 When Carol Norton was seven years old, she wrote a story about her doll, Precious. She hid the paper inside a book and read it to her mother, pretending it was a published story. Her mother was completely fooled, of course, and said the story was the best one she had ever heard—and wasn’t it amazing that the book had a doll named Precious, just like Carol did! Thus encouraged, Carol decided to become a writer.
She was published briefly in high school and college publications, then put writing aside for the next twenty-five years to teach English in the public schools of four states, and then to teach gifted English with an emphasis on writing in Alabama, where she lives now. During this time she gravitated toward young teens as her subject matter because of their humor, their heart, and their habit of constantly getting into and out of impossible situations.
After retiring from the classroom, she completed three novels before she settled down to writing mysteries for teens with The Locksmith Series. Today, she spends her writing time in the mythical town of Springville, creating dangerous crimes for her two main characters, Izzy and Deanie, to solve.

Reviews of Too Many Maybes by Carol Norton

Review
Linda Gancy reviewed on March 11, 2013
(no rating)
I purchased Too Many Maybes to review before giving to my granddaugthers. I was soon caught up in the mystery. I found the girls and their mystery very realistic. I purchased the book for both granddaughter (age 13 and 10) and will be ordering them Lies, Guys and Alibis.

Too Many Maybes, by Carol Norton, is the first mystery novel I have ever read. I am hooked! I can't wait to get my hands on the next one, this IS one of my favorite books. I suggest this to anyone who doesn't like to read, or those who like to read; it works for everyone! I always watch NCIS, and Law and Order: SVU, so this really went with my personality! READ THIS BOOK! :-)

As a middle school librarian, I am always looking for good mysteries for my patrons. I found one, Too Many Maybes by Carol Norton. Her debut novel entertains readers with her courageous characters while they look for clues to solve this mystery. I was thrilled to learn this is the first in a series. Can't wait for her next book… nor can my students!

What a great story. The characters come alive and the plot is gripping. I couldn't put it down. Good work, Carol Norton!

You have subscribed to alerts for Carol Norton.

You have been added to Carol Norton's favorite list.

You can also sign-up to receive email notifications whenever Carol Norton releases a new book.