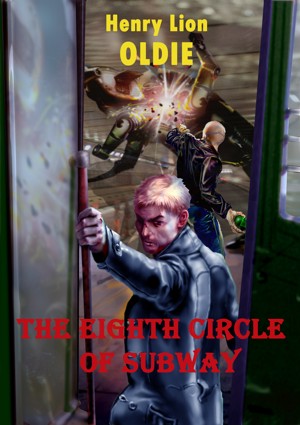 The Eighth Circle of Subway

Reviews of The Eighth Circle of Subway by Henry Lion Oldie

This futuristic nightmare is set about 40 years after a Russian subway system (and presumably the world's others, too) have been deformed into a deadly gauntlet through dystopian cyber-hacking. The tale follows an underground stampede for survival by Eddy and a group of other "guys" (the word is overused, even in such a short story) as they plunge through something resembling a horrifying subterranean funhouse or a dark computer game come to life.
I'm assuming that Eddy's ordeal reflects a widespread but suppressed fear of underground transit systems, even for daily commuters. There's always some risk along the way, especially at the edge of the platform or entering and exiting a train.
Oldie's inclusion of an oversized intestine as one of the passageways strikes me as apt in an otherwise mechanistic hell.
Translated from Russian, the English and the action can be hard to follow even without "breaks" instead of "brakes" kinds of problems.