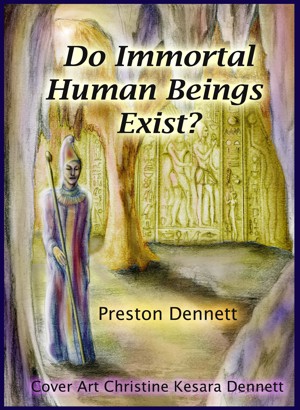 By Preston Dennett
Do Immortal Human Beings Exist? The answer is a resounding yes. As unbelievable as it sounds, there are now several recorded cases of humans beings who have been able to cheat death and live forever. In this article, we shall explore the lives of these fascinating people who have reached a state of ultimate enlightenment. More
In 1997, Jean Calmet of France, the authentically verified oldest person in the world died at the ripe old age of 122. She smoked cigararettes until age 117, when she finally quit the habit.
Unfortunately, most people will not live so long. In 1800 the average life expectancy was a mere 27 years. By 1900 it was only 47. Although the average life expectancy has nearly doubled in the last hundred years, the majority of us living today will still die sometime in our eighties.
However, there are exceptions to every rule. In someextremely rare cases, people have been able to defy the laws of physics and actually become immortal. As unbelievable as this sounds, there is strong evidence that – every once in a while in history – certain people have been able to reach such an advanced level of spiritual enlightenment that they can increase their life span indefinitely.
Humanity has always been fascinated by the idea of living forever. The entire ancient science of alchemy is built around the search for the elixir of everlasting life. Is it possible for someone to actually live in the physical body forever?
Among the first recorded case of extreme longevity is Methuselah who was born in 3313 B.C. (Genesis, 5: 27). Methuselah was Noah’s grandfather and one of the great Patriarchs of the Bible. He is mentioned in the Bible only seven times, and then only briefly. He gave birth to his first son, Lamech at age 187. He died in the year of the great flood, in 2344, B.C. He lived 969 years, making him the first recorded human to achieve extreme longevity. Today his name has become synonymous with immortality or incredible age.
To read more, purchase the article.

Preston Dennett began investigating UFOs and the paranormal in 1986 when he discovered that his family, friends and co-workers were having dramatic unexplained encounters. Since then, he has interviewed hundreds of witnesses and investigated a wide variety of paranormal phenomena. He is a field investigator for the Mutual UFO Network (MUFON), a ghost hunter, a paranormal researcher, and the author of fifteen books and more than 100 articles on UFOs and the paranormal. His articles have appeared in numerous magazines including Fate, Atlantis Rising, MUFON UFO Journal, Nexus, Paranormal Magazine, UFO Magazine, Mysteries Magazine, Ufologist and others. His writing has been translated into several different languages including German, French, Portuguese, Chinese and Icelandic. He has appeared on numerous radio and television programs, including Coast-to-Coast and the History Channel’s Deep Sea UFOs and UFO Hunters. His research has been presented in the LA Times, the LA Daily News, the Dallas Morning News and other newspapers. He has taught classes on various paranormal subjects and lectures across the United States. He currently resides in Reseda, California. 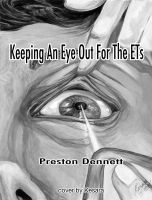 You have subscribed to alerts for Preston Dennett.

You have been added to Preston Dennett's favorite list.

You can also sign-up to receive email notifications whenever Preston Dennett releases a new book.