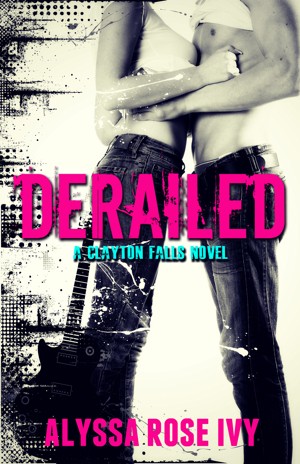 By Alyssa Rose Ivy
Rated 5.00/5 based on 2 reviews
When you're lost, sometimes the only place you can go is home.

New Adult Contemporary Romance More
When you're lost, sometimes the only place you can go is home.

Broken over the death of her fiancé, Molly leaves law school to return to her childhood home in North Carolina. Expecting to lay low until she can figure out what else to do with her life, she finds herself in the arms of her high school sweetheart, the boy who represents everything from the past she tried to leave behind.

Alyssa Rose Ivy is the bestselling author of more than fifty novels with over one million books sold worldwide. She loves to weave stories with romance and humor, and she is best known for writing about college boys with wings. After surviving law school and earning her masters in library science, she turned back to her creative side and decided to write. Although raised in the New York area, she fell in love with the South after moving to New Orleans for college. She lives in Alabama with her two children, and she can usually be found with a cup of coffee in her hand.

This was a sad and beautiful story about self-forgiveness and second-chance love.

AWESOME!! one of the best books that i have read!! i loved it from beginning to end :)

You have subscribed to alerts for Alyssa Rose Ivy.

You have been added to Alyssa Rose Ivy's favorite list.

You can also sign-up to receive email notifications whenever Alyssa Rose Ivy releases a new book.