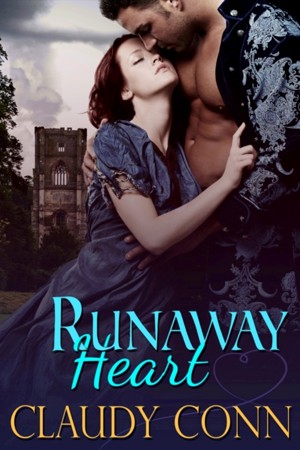 Rated 4.68/5 based on 19 reviews
Chelsea takes London by storm, but the only man she wants, thinks she is no more than a child. More
Spirited Chelsea decided she’d sooner run away to a family friend than return to her vain and selfish guardian, Aunt Augusta. Expecting to settle for a quiet life in the country, she never in her wildest dreams imagined her dear godmother would arrange a season in London—or convince the haute ton’s most eligible bachelor to take her under his wing.

Lord Wainwright was a handsome rogue uninterested in coy games and missish airs. He expected a country mouse with no polish, but instead he found a thoroughly engaging minx and was oddly irritated by all the male attention she received.

I enjoyed the authentic use of Regency language and the the way the story flowed comfortably. Descriptive. Thanks for a few hours of enjoyable reading.

Thoroughly enjoyable. I found it sweet, funny, and interesting.

Another story by Claudy Conn, so easy to fall in love with. This book review has been a fight for the world, and finally I got it up!

Chelsea was so very easy to connect and fall in love with. She has to live with her cruel guardian, (Who is easy to hate.) she's sharp and witty, what else can a heroine need to be amazing? A plot line that can amuse you through the night, a quick read worth picking up.
If you want a Regency Historical Romance this is a read to look at.

This was is wonderful book about a young woman coming of age that was pretty much tossed away by her aunt and sent to a boarding school and forgot about. Chelsea is young innocent little minx, who says whatever is on her mind most of the time. Her best friend is Sam, I love the way they tease one another all the time. But who will she chose her best friend or the rogue of a man who was assigned to escort her around?

I’m a huge fan of Regency Romance books and I have to say I loved Claudy Conn’s book. The plot flowed nicely together to make a wonderful story. Once I started Runaway Heart I had to finish it. I was done the same day I started. The characters are wonderful and well written. Chelsea is defiantly my favorite. She reminds me of my self sometimes as she does not have a filter and says things she should sometimes keep to herself Hehe. You really fall into the book and time period. I’d recommend you reading it if you haven’t already.

Claudy Conn has done it again...she sucked me in another Regency Historical Romance and made me fall in love with the characters and their world.
Lord Wainwright is now going on my list of FAVE sexy, male characters that I would to marry...Oops...do not tell my hubby. =)
Chelsea is wanting to make her mark in the world and find the man who will sweep her off her feet, just like her friends keep talking about. She's about to turn 19 and she wants to meet the one person who will make her happy for the rest of her life.
Unfortunately, she's dealing with Aunt drama who has not even been there for her since she received guardianship of Chelsea. She just wants Chelsea because of the trust money she has.
Chelsea runs to her Godmother's house to be around someone who really adores and loves her for who she is. Daisy, her godmother, wants to find a perfect suitor for Chelsea and enrolls her nephews help to get Chelsea out there in front of the eligible bachelors eyes.
Lord Wainwright does not want to watch over a child, at least that is what he thinks of her when he first sees her, until Chelsea has a make over and now Lord Wainwright cannot keep his eyes off of her. He knows it is wrong to have feelings for Chelsea, but he cannot help himself. There is something about the beautiful Chelsea that has him in a bind.
Augusta, Chelsea's Aunt, who is nothing, but a vindictive woman is even more angry with Chelsea since Chelsea seems to be stealing away Augusta's handsome rogue. Now Augusta wants Chelsea out of the way and she has recruited her brother to help her sweep Chelsea away from the man she has had her eyes on for awhile...and her brother is ruthless enough to do anything to have Chelsea for himself since money is involved and his greedy for more.
Chelsea is about to be thrown in a world she has to become adult quick and she finds herself in love with a man who may belong to another and a world where men will do anything to have her because of how much she is worth.

Seriously...I love Claudy Conn's regency romances. She has me fall in love with the rogue every time and she also has me loving the female characters as well.
Even the secondary characters are ones that I fell in love with. Not only is Chelsea having her moment of love...but so is her Godmother, Daisy, which is definitely a match made in heaven. Daisy deserved a happily ever after as well for everything she had gone through.
The villains in the story are ruthless and it seems it is a family trait. They will do anything to get what they want.
Claudy Conn definitely knows how to transport you back in time where men tried everything to sweep a woman off their feet so they can marry them. I will say this, Lord Wainwright can sweep me off my feet anytime. I'm jealous over Chelsea.
The steamy scenes between the characters will require you taking a cold shower afterwards though, so be prepared ahead of time.

I recommend this book to anyone who loves reading historical romances, is a fan of Claudy Conn, and loves to fall in love with a rogue who becomes tamed because of one beautiful young lady who changes his ways.
Claudy Conn even gives you a sneak into other stories that she has written after you read, "Runaway Heart", which will make you want more anyways.
I know I cannot get enough of Claudy's books. =)

Beautifully written Claudy has done again with the magic of her imagination to bring a beautifully story of love with being in the past. I couldn't put this book down absolutely lovely. Bravo Claudy.

(review of free book)
tina harrison reviewed on Oct. 26, 2012
(no rating)
Beautifully written Claudy has done again with the magic of her imagination to bring a beautifully story of love with being in the past. I couldn't put this book down absolutely lovely. Bravo Claudy.

wasn't a fun read, too predictable.