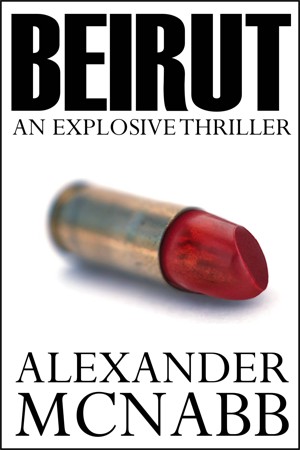 By Alexander McNabb
Michel Freij is poised to become the next president of Lebanon. European intelligence discovers he has bought two ageing Soviet nuclear warheads from a German arms dealer. Maverick British intelligence officer Gerald Lynch is pitched into a deadly clash with Freij and his violent militia as he pursues the warheads across the Mediterranean. More
Michel Freij is a powerful man. But he wants more. Two hundred kilotons more.

Michel Freij is poised to become the next president of Lebanon. The billionaire businessman’s calls for a new, strong regional role for the country take on a sinister note when European intelligence reveals Freij has bought two ageing Soviet nuclear warheads from a German arms dealer.

Maverick British intelligence officer Gerald Lynch has to find the warheads, believed to be on board super-yacht the Arabian Princess, before they can reach Lebanon. Joined by Nathalie Durand, the leader of a French online intelligence team, Lynch is pitched into a deadly clash with Freij and his violent militia as he pursues the Arabian Princess across the Mediterranean.

Reviews of Beirut - An Explosive Thriller by Alexander McNabb